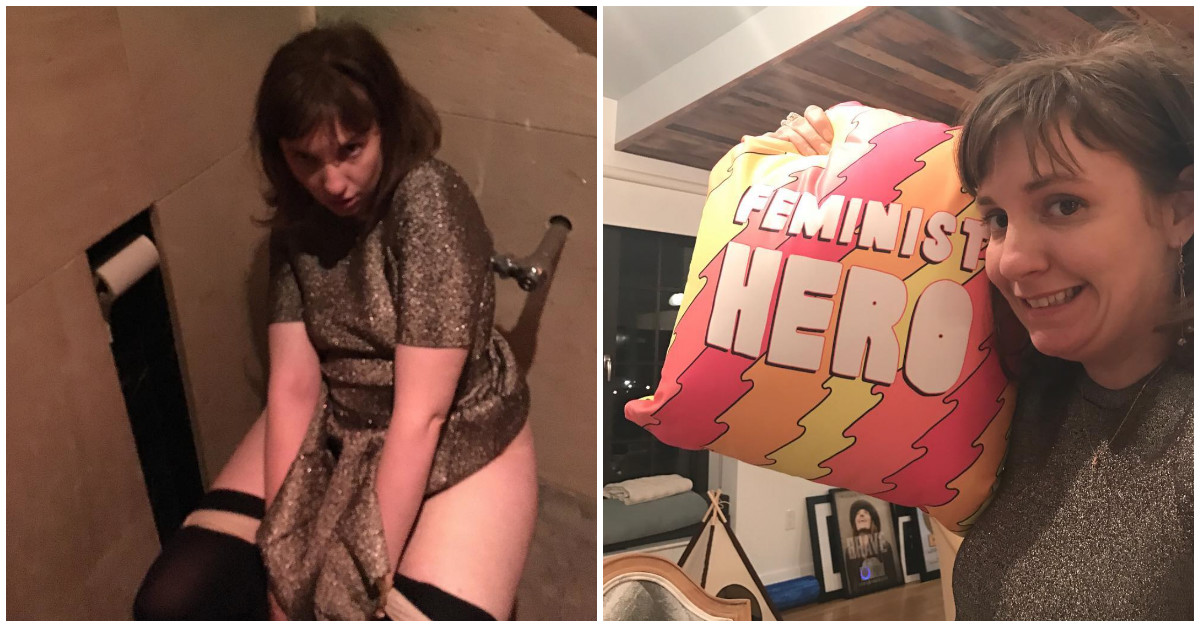 UPDATE: the toilet photo has been deleted from Lena Dunham’s account.

RELATED: Lena Dunham backs off vow to move to Canada and here’s why she’s staying in Trump’s America

The “Girls” actress wrote on Instagram that she was a “model citizen” and thanked her boyfriend Jack Antonoff for taking the picture although he might “regret having essentially married [her].”

Dunham’s very next post on Instagram was a photo of her holding up a pillow that had the words “feminist hero” on it:

This Fab X Broad City collab is my safe space 😋

Although some found the toilet photo strange, some took to Dunham’s account to defend it as funny, “sexy,” “real” and “art.”