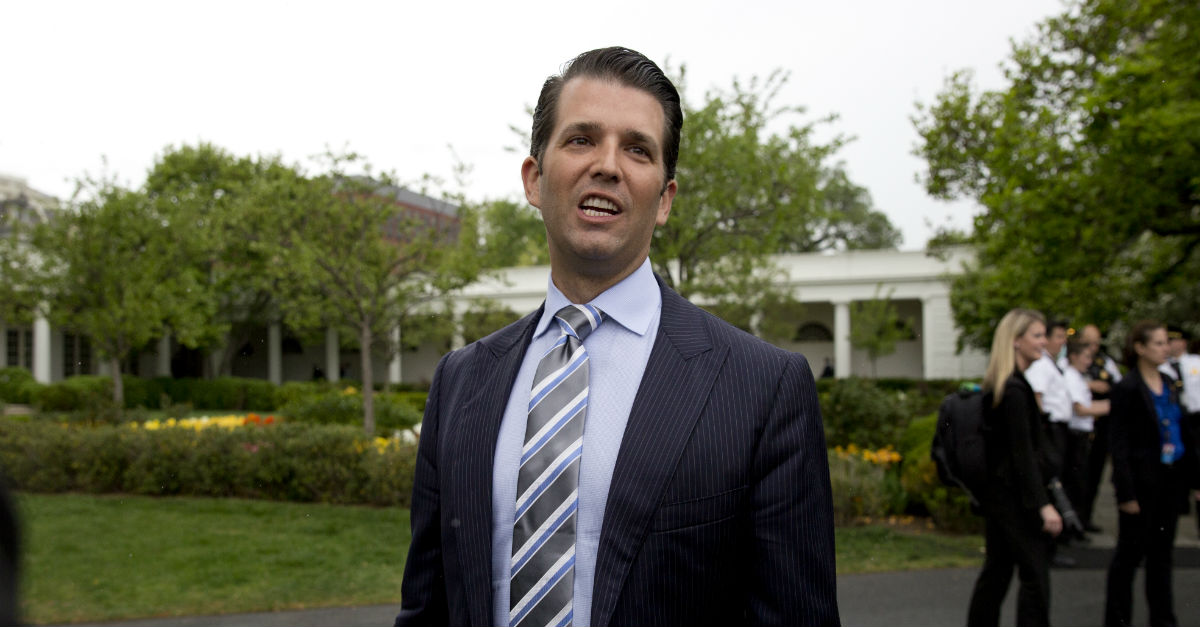 That’s how Joe Scarborough of MSNBC’s “Morning Joe” show depicted Donald Trump Jr.’s impulse to take to Twitter to defend himself against some pretty serious claims reported in the New York Times.

The newspaper’s stories revealed that Trump Jr. met with a Russian lawyer who claimed to have dirt on then-Democratic presidential candidate Hillary Clinton. The meeting could put Trump Jr. in serious legal jeopardy and could be evidence for the case the Trump campaign was willing to collude with Russian agents to tilt the 2016 presidential election in Trump’s favor.

RELATED: Joe Scarborough claims he has proof of Trump’s “blackmail” but MSNBC won’t show the goods

Obviously I'm the first person on a campaign to ever take a meeting to hear info about an opponent… went nowhere but had to listen. https://t.co/ccUjL1KDEa

No inconsistency in statements, meeting ended up being primarily about adoptions. In response to further Q's I simply provided more details. https://t.co/FdT1D4hfhz

Flabbergasted by Trump Jr.’s tweets, Scarborough didn’t hold back in his assessment of the first son’s judgment, saying:

How stupid of Don Jr. I mean, I guess it runs in the family, to go on Twitter when he is clearly in legal jeopardy. This time yesterday morning everyone knew he was clearly in legal jeopardy. He goes up on Twitter again yesterday, only to be undercut by the New York Times last night, because inside his own White House, inside his own administration are leaking on him.

Interestingly, the president himself has been Twitter silent on the subject of Trump Jr.’s potential legal issues. MSNBC correspondent Mark Halperin said, “You have to imagine that he [Trump] and his legal team have to be trying to figure out not only who’s leaking this stuff, but what else might they have.”

Considering the recent flare-ups between Trump and the “Morning Joe” co-hosts Scarborough and Mika Brzezinski, it might not be long before Trump does tweet his reaction to Scarborough calling his eldest son “stupid.”