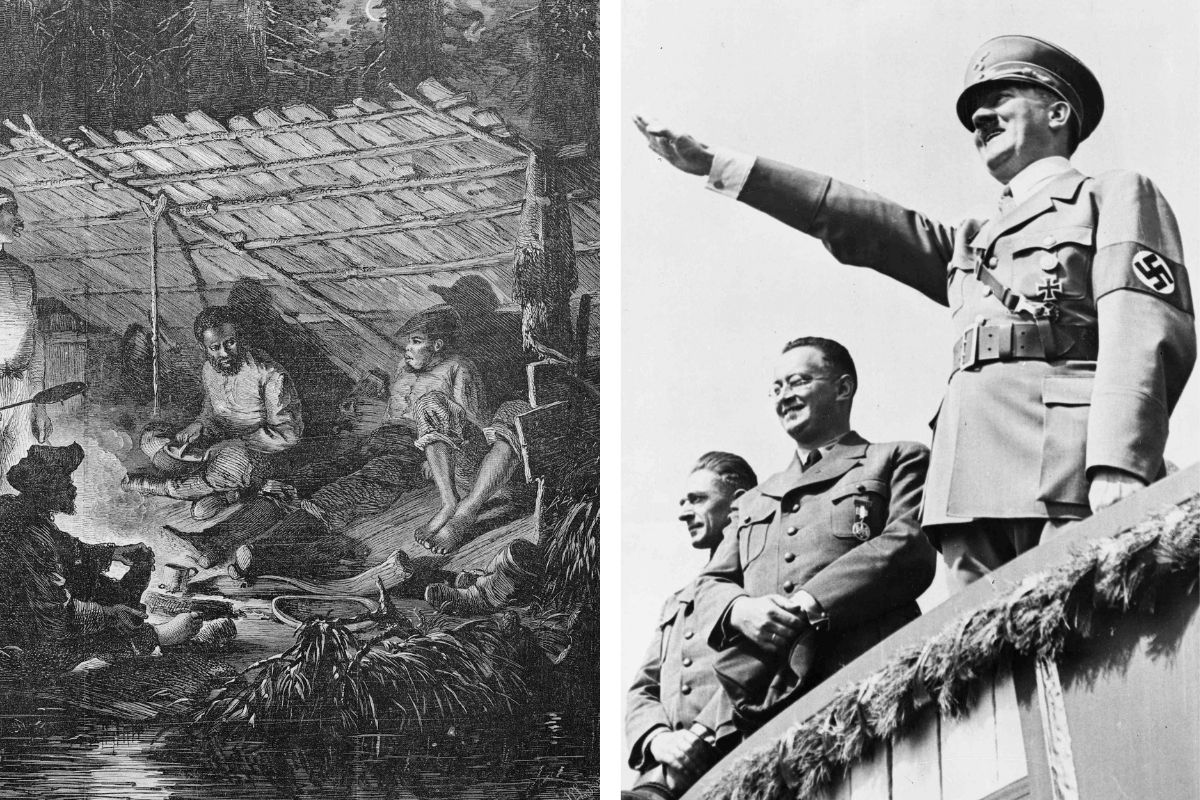 Controversy sparked an uproar from parents when a North Carolina teacher taught a lesson on slavery that downplayed the Holocaust and compared 19th-century Americans to Nazis. Lisa Patrizio, an English teacher at Ardrey Kell High School, asked her 11th graders to answer a multiple-choice question, with answers that shockingly compared American slavery to the Holocaust.

The Path to Nazi Genocide

Patrizio had asked her students to describe a fictional character’s thoughts after reading about World War II, with the correct answer to the multiple-choice question implying that Americans gave too much weight to the nightmare that was the Holocaust. The answer read, “While the monstrosities of the Holocaust may have been more intense over a shorter period of time, those who lived through slavery endured conditions just as horrible over a much longer duration. Yet while Americans are largely comfortable acknowledging the events of the Holocaust as the worst impulses of mankind, there is often more hesitancy to take responsibility for the degradations of enslaved people that took place on American soil,” as a response to the question about what the character had learned after reading that, “the Germans had been trying to do in only a few years what the Americans had worked at for nearly two hundred.”

Brooke Weiss is the mother of one of the students at the Charlotte public school, and she explained how her daughter was shocked at the question but didn’t speak up out of fear. Weiss, who is Jewish, has many concerns regarding the school’s curriculum, pointing out how it’s unnecessary for the school to compare the two historically horrific events. She said, “Slavery and genocide are different things, but they?re both atrocities. There?s no value in putting those words in the same sentence, other than pitting those two groups against each other.”

Weiss also expressed how she sees a trend in teaching “reframed” Marxism, emphasizing White vs. Black instead of proletariat and bourgeoisie. And she was also concerned when the school gave a policing presentation featuring an ex-cop who “rallied” against another policeman, as her own husband is a retired police officer. But she was met with criticisms as another Charlotte public school teacher, Sivonne Stone, called her crazy and privately messaged Weiss to, “F*ck off.”

Facts About SLÁVERY They Don’t Teach You at School

Ardrey Kell High School English department head Sarah Payseur and Patrizio have not responded to Washington Free Beacon’s request for comments, and Principal Jamie Brooks explained that the school has handled the matter with Weiss and her family. Nevertheless, Ardrey Kell High School has been sending “Social Justice Newsletters” to families that teach students about relations and interactions between minorities and law enforcement, asking the children to reflect on their own experiences with privilege and oppression.

Ardrey Kell students are also learning about Black nationalism and Black power movements, including the extremist, anti-Semitic Nation of Islam. Rabbi Abraham Cooper of the Simon Wiesenthal Center explained that although there are similarities between slavery and the Holocaust, it’s crucial that students learn about the historical events without establishing a hierarchy of suffering. He told the Free Beacon, “So the whole issue is not to compare. We don?t need a pecking order of victimhood and suffering. We need to learn objectively what happened.”

The System of American Slavery

In emphasizing learning and empathizing with one another’s history instead of categorizing which human-rights abuses are worse, Cooper added, “Where you start first and foremost is you start with the facts. You have to try to humanize history. Beyond that, especially for Americans, we need to be empathetic to our neighbors, and to do that you need to do research, you need to read, and you need to knock at your neighbor?s door.”