Looney Tunes’ Lola Bunny Will No Longer Be Sexy 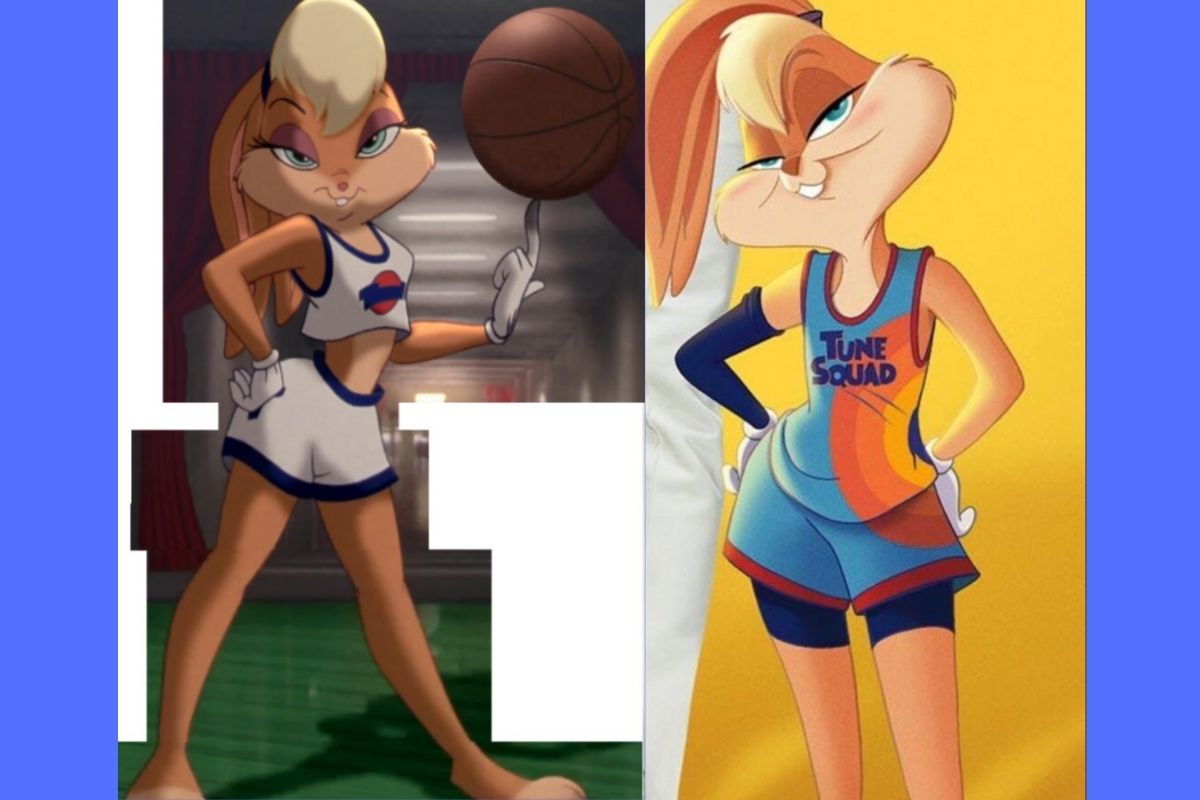 Bad news horndogs: Warner Bros. has unveiled a redesign of Lola Bunny for the upcoming Space Jam sequel, and let’s just say she’s lacking the assets that once made Bugs Bunny’s eyes literally pop out of his head. Many Looney Tunes fans have already taken to social media to voice outrage over this aesthetic, kid-friendly update. And while they’re entitled to their opinions… is this really the hill you want to (publicly) die on?

Snowballing with the recent controversy over Pepé Le Pew “perpetuating rape culture,” it seems that even a children’s cartoon franchise must take into account the evolving norms of our time. The same can be said, too, of the decision by Dr. Seuss Enterprises to cease publication on six titles that contained offensive imagery. Media consumed by and marketed to children, rather than receiving a pass, is now under the sharpest scrutiny.

Last week, New York Times columnist Charles M. Blow called out the cartoon skunk Pepé Le Pew for having “normalized rape culture“ through his gropey, non-consensual escapades. His comments were met with both support and condemnation over “cancelling” a nostalgic, fictional figure. Coincidentally, Warner Bros. announced that the Pepé Le Pew would no longer be appearing in the new Space Jam movie, Space Jam: A New Legacy. Supposedly the decision arose with the departure of director Terence Nance. But the timing of the announcement does insinuate Looney Tunes’ willingness to distance itself from the problematic french skunk.

A New Look for Lola Bunny

Warner Bros. unveiled the new Lola Bunny design this week in a first look pics at Space Jam 2. Quickly, changes in the anthropomorphized rabbit were noted: Lola’s outfit was looser and longer, and most noticeably, the ample breasts that once defined the cartoon character were gone.

In the first Space Jam movie, Lola instantly became the love interest of Bugs Bunny, thanks to her irresistible proportions: the tiny waist accentuated by a cropped basketball jersey and skin-tight shorts. Lola Bunny moved around the basketball court with exaggeratedly swishing hips, like a descendant of the buxom Jessica Rabbit — who also made her debut in an animated-live action crossover, Who Framed Roger Rabbit? When placing fully animated figures into a real-life setting, it seems that animators cannot resist the impulse to over-sexualize. The choice highlights the unique medium, in which fantasy can play out simultaneously next to actual human figures. In this case, Michael Jordan and Lebron James.

The apparent outrage over this new design demonstrates just how attached many people were to that frothy fantasy. Even more increasingly sexualized furry fan art of Lola Rabbit flooded Twitter, trending, following the release of Lola’s toned down appearance. (In fact, many viral side-by-side Lola comparisons mistakenly reference these fan-made images.) But additionally, the highly politicized nature of the new complaints insinuates another, deeply political impulse: a willingness to lump any pop cultural shift in with the messy movement of “cancel culture.” As Luke Wonkie so concisely laid out it in his Slate article, “Conservatives Want You To Be Mad That Lola Bunny’s Not Hot Anymore” (the title really says it all):

“Journalist Ryan Broderick has an excellent rundown of the MAGA response to the new design in his newsletter Garbage Day, noting that conservative radio host Jesse Kelly essentially called the less-curvaceous Lola a “Karen,” and that former Daily Caller editor Scott Greer evoked a Holocaust-era poem in his virile disapproval of her new look. It’s official: Copping to a deep, frothy, carnal attraction to a cartoon rabbit from a 30-year-old movie is an animating political expression… Without her exposed midriff, they argue, Lola Bunny is effectively canceled.”

The director of animation for the first movie, Tony Cervone, once explained that Lola was originally envisioned as “tomboy”, being a serious athlete, but her body was eventually tweaked by a production team who feared the female cartoon rabbit would appear “too masculine.” But that fetishization also bled into Lola Bunny’s characterization, as the young rabbit flexed sexy on-court maneuvers and delivered mainly flirty dialogue. Now, the current Space Jam director Malcolm D. Lee feels he’s righting those misogynistic instincts which won out in 1996. He told Entertainment Weekly that he was shocked at how “not politically correct” Lola was, especially within a kids’ movie. “‘Why is she in a crop top?'” Lee wondered. He went on to say:

“This is 2021. It’s important to reflect the authenticity of strong, capable female characters,” says Lee. “She probably has the most human characteristics of the Tunes; she doesn’t have a thing like a carrot or a lisp or a stutter. So we reworked a lot of things, not only her look, like making sure she had an appropriate length on her shorts and was feminine without being objectified, but gave her a real voice. For us, it was, let’s ground her athletic prowess, her leadership skills, and make her as full a character as the others.”

But regardless of Malcom D. Lee’s intent, this story has already come to stand in for larger aesthetic trends. As Lola Bunny inches away from hyper-femininity, many readers will remember the recent Mr. Potato Head rebranding that resulted in an all-out fiasco for Hasbro. (The toy company soon reversed their decision to make a gender neutral Potato Head line.) And while these news stories are not the same, they tend to feel that way when the internet completely erupts — with misplaced levels of vitriol — every single time. For now, Lola Bunny is not cancelled. But she did get a breast reduction.