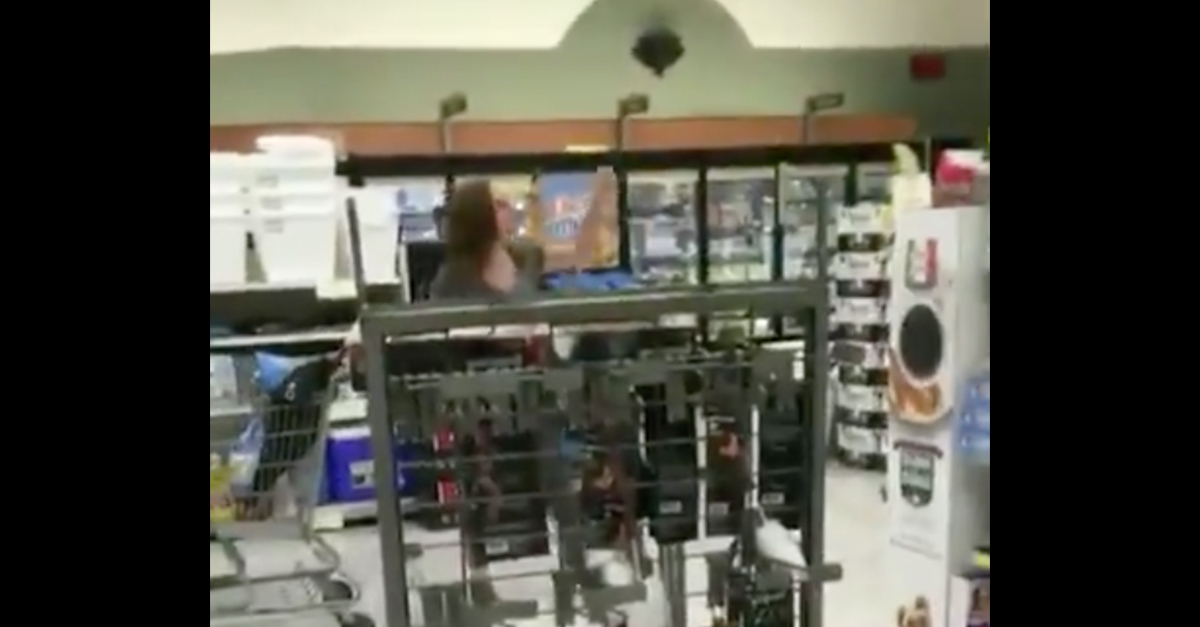 A Long Island, New York woman was filmed losing every ounce of her mind after being confronted by an employee for not wearing a mask inside a King Kullen grocery store in Massapequa.

The woman, who for sure could not define what an actual communist is, was filmed shrieking things like, “Don’t pull your communist bullsh*t on me” and, “Shut the f*ck up you fat b*tch,” and “I’ll beat the f*ckin’ sh*t outta you,” at the employee, who was simply attempting to get the woman to comply with the most basic of safety measures. The video was taken and posted by @davenewworld_2 on Twitter.

Anti-masker on Long Island says "I'll beat the f***ing s*** outta you" and "Don't pull your communist bulls*** on me" to an employee pic.twitter.com/MD7z81ud1t

Good Lord. The only thing thicker than this woman’s Long Island accent is her skull.

1. I guess this woman is kind of using communist and fascist interchangeably here but I’m not quite sure she knows what either means. Regardless, wailing about being asked to put on a mask on is tantamount to calling a pediatrician Hitler for trying to vaccinate your kid.

2. The store employee — just like every other employee who has to deal with this — is a saint.

3. How are people still freaking out about masks? It’s old news at this point. It’s just life now. If we were still in May I’d maybe get it at least a little bit. It’s new and annoying and change is scary! That’s fine. But it’s August lady. You gotta just get outta here with this nobody puts Baby’s mouth in a corner crap. It’s over. Masks are here now. You’ve had time to adjust. At this point you’re just a lunatic.

4. The only rational reason to not wear a mask is to hope the pandemic spreads and social distancing and lockdowns continue so that Taylor Swift will write another quarantine album. That’s the whole list.