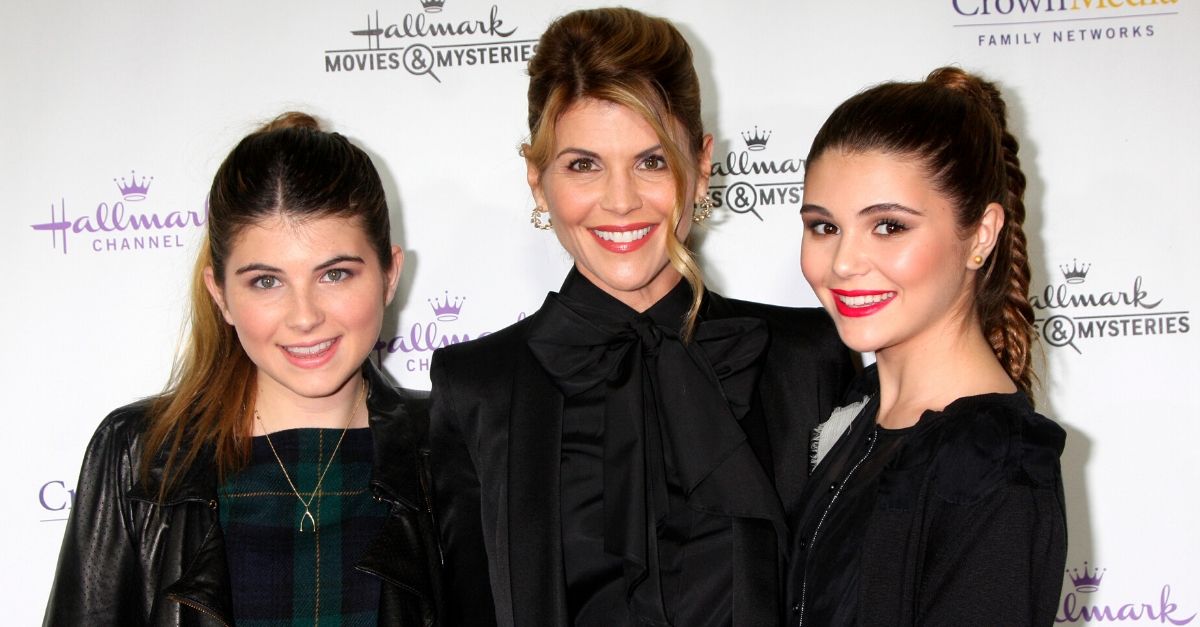 Editors Note: This article was originally published on May 21, 2020. It was updated on July 14, 2020, after authorities announced both Loughlin and Giannulli asked the court to reduce their bond by 90 percent.

As actress Lori Loughlin’s sentencing date approaches, she and her husband have asked a judge to give them a break on their bonds, by reducing them from $1 million each to $100,000. According to court papers, Lori Loughlin and Mossimo Giannulli have asked District Court Judge Nathanial Gorton to release their $1 million bonds, which were ordered after the couple was arrested back in March 2019 in connection with the college admission scandal.

Prosecutors have reportedly agreed to reduce their bonds to $100,000 each, this according to a memo that was filed by the couple?s attorney. The attorney noted, ?There is no indication that defendants will flee rather than face sentencing.? The couple also wants the judge to remove the requirement that their bonds be secured by a lien on their family home. This after the couple is trying to sell their Bel Air mansion that they used as collateral to secure their bonds. The couple, according to Variety, agreed to sell their mansion for $18 million, which was $10 million below their asking price, to Tinder co-founder Justin Mateen.

The former Full House actress and fashion designer husband pleaded guilty back in May to charges of paying $500,000 in bribes to Willam (Rick) Singer to get both their daughter, Isabella and Olivia Jade, admitted into the University of Southern California on the false pretense of being crew team athletes. The couple had spent more than one year insisting they were ?innocent of the charges,? saying they believed the payments were legitimate donations to USC programs.

The couple finally struck a deal with prosecutors, who agreed to recommend Loughlin receive a two-month sentence in prison, and Giannulli serve five months. Judge Gorton has the final say on whether to accept their plea deal and the recommended sentence. Gorton could give each less time than recommended or more.

Lori Loughlin and her husband Mossimo Giannulli have agreed to a plea deal in connection with their involvement in the “Varsity Blues” college admissions scandal. The actress, known for her work on Full House and The Hallmark Channel, is expected to be sentenced to serve two months in prison.

Lori Loughlin and husband agree to plea guilty in college admission scam case. The "Full House" actress will serve two months in prison, pay a $150,000 fine and have two years of supervised release with 100 hours of community service, while her husband. https://t.co/Om9qtzeVv8

According to the U.S. Attorney’s Office in the District of Massachusetts, the couple will enter their guilty pleas on conspiracy charges via video conference. There is a provision in the plea agreement to wait 90 days after the federal judge imposes their sentence before they are both sent to prison.

Through a press release, United States Attorney Andrew E. Lellings noted, “We will continue to pursue accountability for undermining the integrity of college admissions.” The couple are the 23rd and 24th parents to plead guilty to the case, which was announced back last year. Giannulli and Loughlin were accused of paying $500,000 to get both their daughters into the University of Southern California as rowers. The girls were not athletes, but their application photos showed them on rowing machines.

The investigation was quickly dubbed “Operation Varsity Blues” with 50 suspects charged. Authorities found wealthy parents who cheated several college applications and entrance exams to get their children into US elite schools. Several cases involved parents bribing coaches who falsified student-athletes’ histories. One of the cases involved a real athlete’s photo which was manipulated to look like one of the students.

Several other parents paid for stand-ins to take entrance exams. The scandal took place between 2011 and 2018 and was spearheaded by William “Rick” Singer who pleaded guilty and helped the FBI investigate the other parents. Singer set up the system where parents would pay cheating services and bribes. According to prosecutors, Singer was sentenced to three years of supervised release by the court in exchange for his lengthy plea deal.

Actress Felicity Huffman, known for her work on Desperate Housewives, also pleaded guilty to her role in the conspiracy, serving nearly two weeks in prison.