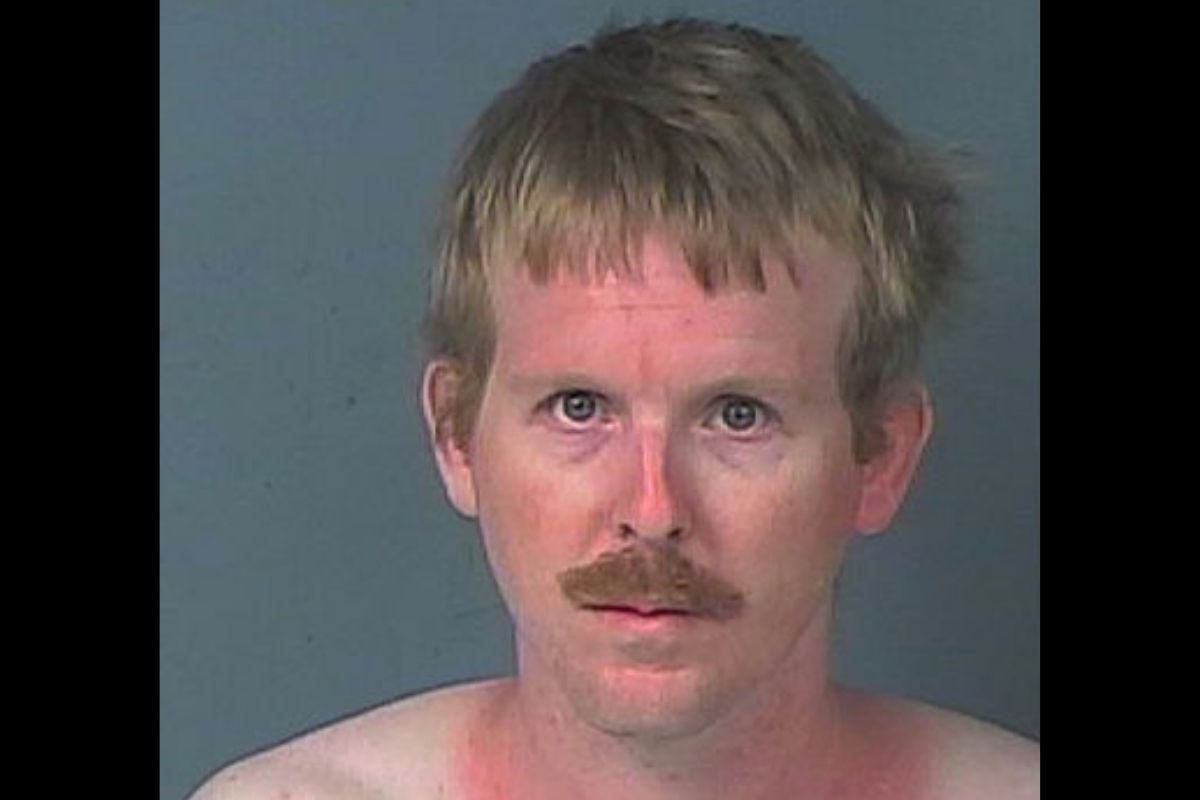 This man is lucky he didn’t get shot. I don’t want to implicate anyone here, but I couldn’t guarantee the safety of a grown man that got caught living in my room as a teenager. Not that I have ever had a pedophile as a boyfriend when I was younger anyways, but the point I’m making is that I would feel very scared if my father found my over-age boyfriend living in my bedroom closet.

Hernando County Sheriff’s Office found 36-year-old Johnathan Lee Rossmoine in a teenage girl’s bedroom in Spring Hill, Florida. Hernando County Sheriff’s deputies were called by the teen’s parents, who reported that they had found him hiding in their teen’s closet. And what makes finding a grown man in your child’s bedroom even more horrifying is when your child tells the officers that he is her boyfriend.

Apparently, she and Rossmoine had been talking on an online chat app for almost two years. She had first told him that she was 18-years-old, but right before they met in person, she revealed to him that she was only a 15-year-old. Nevertheless, Rossmoine had been “living off and on” in her bedroom since mid-August, and the Louisiana man hid in the Florida teenager’s closet whenever her parents were home.

Rossmoine disclosed to the deputies that he has been in Hernando County for about five weeks now, having multiple sexual encounters with the teenage girl. He also admitted to driving from Louisiana to the girl’s Spring Hill home to have sex with her in the teen’s bedroom. Police say that he also admitted that he and the girl also had “numerous sexual encounters” in his van, parked near the house.

Rossmoine was charged with “four counts of lewd and lascivious behavior with a victim between the age of 12 and 16, and one count of obscene communication- travel to meet after use of a computer to lure child,” as he now sits in Hernando County jail. He was held initially without bond, but now has a $25,000 bond for the sex charges and sex crimes.

I feel for the parents of the teenager. You know how horrifying it must have been to find a disgusting pervert inside that Florida teen’s room?

Watch: Man Hiding Drugs in His Butt Accidentally Shoots Himself in Testicles