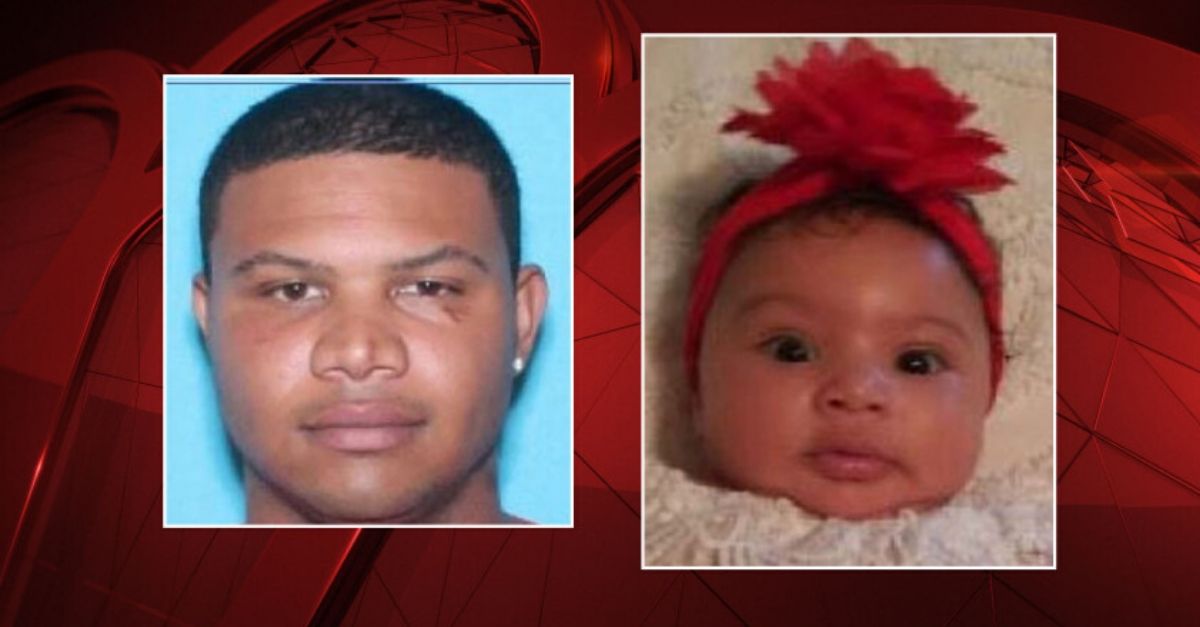 This article was originally published on June 9, 2020. It was updated on June 11, 2020, after announced the death of Lyrik Aliyana Brown.

Authorities have stated missing 3-month-old Lyrik Aliyana Brown, who was abducted by her father, Jeremy Nathaniel Brown, was found dead. The search for the newborn ended tragically as officers found the infant’s body, still strapped in her car seat, in a submerged vehicle. Authorities had initially conducted an AMBER alert on June 9, 2020.

The Cooke County Sherriff’s Office announced on the alert that the child was in the custody of Brown. Police officers were immediately dispatched to the Red River at Interstate 35 near the state’s border with Oklahoma after the Gainesville Police Department received information about Brown’s location. When officers arrived, they found Brown in the river next to an overturned vehicle that as submerged.

Police pulled Brown from the river and “medical personnel was on the scene to assess him for any injuries.” The vehicle was removed from the river, which is when they found the infant was inside in her car seat. After Brown was cleared by EMS, he was taken into custody and charged with assault against a family or household member. It is not known if he will face additional charges, as the investigation was characterized as an ongoing investigation.

An Amber Alert has been issued by Gainesville police and Texas law enforcement for a Texas 3-month old girl that is believed to be in “grave danger.” Authorities are asking residents to be on the lookout for Lyrik Aliyana Brown. Brown is a black female, weighing 15 pounds with a birthmark behind her right knee. The newborn was last seen wearing a yellow onesie with hearts and flowers.

Authorities identified the suspect as 30-year-old Jeremy Nathaniel Brown, a black male who is 5’11, weighing 181 pounds. Jeremy Brown is described as having black hair, brown eyes, and was last seen wearing a black shirt with a Chicago Bulls decal, khaki shorts, and black and white Nike shoes. Brown drives a gray 2011 Volkswagen Jetta with a Texas temporary tag of 55432B6.

EVERY SHARE HELPS! Lyrik Aliyana Brown is said to weigh 15 pounds and has brown eyes and brown hair. She has a birthmark behind her right knee. https://t.co/nB8JndZZrl

If you have any information regarding the abduction, you are asked to call the Gainesville Police Department at 940-668-7777. Authorities stated this is Texas’ third Amber Alert in the past two days with all three children involved being under the age of one. The first two children were both discontinued on Monday night after the suspects were arrested.

According to the Texas Requirements for Amber Alert, the system began after the kidnapping and death of 9-year-old Amber Hagerman of Arlington, Texas, back in 1996. This prompted local media and law enforcement to create the nations’ first Amber alert program in the Dallas/Fort Worth area. All Amber Alerts inform the public of serious child abductions in an effort to receive trips and lead to law enforcement officers. In memory of Hagerman, the letters of her name can be seen within the title of the program, America’s Missing: Broadcast Emergency Response.

To activate the Texas Amber Alert Network, law enforcement officials with jurisdiction must determine the abduction meets the following criteria: