Macy’s Thanksgiving Day Parade May Not Have Balloons This Year 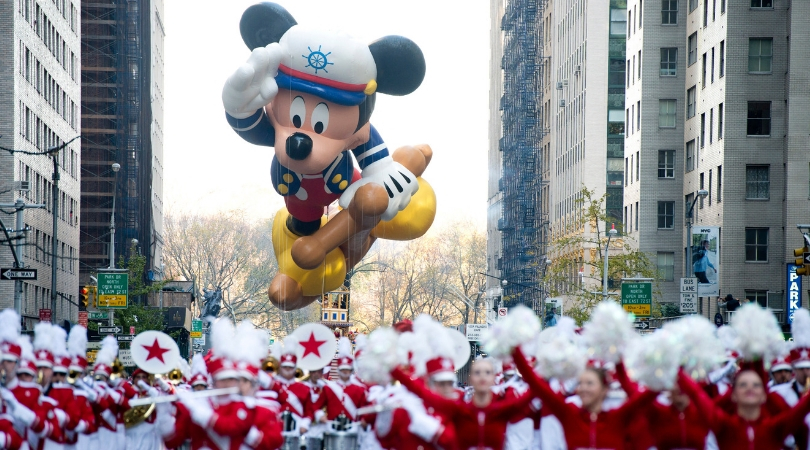 I love the Holiday season and everything that they come with. I can still remember the first time I saw my first balloon flying across the TV during the annual Macy’s Thanksgiving Day Parade. It was one of the best feelings I’ve ever felt. So much so that I traveled to New York City when I was 21 to go see them in person. To this day, it’s been one of the best experiences of my life. So when I found out that there might not be any more iconic balloons this year, I cried a little bit. Not going to lie, I did.

It’s no secret that the Macy’s Parade is a time-honored tradition for many to watch, so losing one of those key elements is devastating. Turns out officials in New York City may have to “ground the iconic” 16 giant character balloons due do windy conditions. These balloons cannot be flown when sustained winds exceed 23 mph and gust exceeding 34 mph miles per hour. This according to the city regulations, of course. So technically it’s not the city itself, rather Mother Nature who is keeping us on the tip of our toes.

Before anyone gets into a panic, they don't make the decision until measuring wind conditions at the start of the parade and along the route. We won't know until Thursday morning if the balloons will fly. https://t.co/hqpNzGQQQh

The reason why these regulations exist is because of 1997 The Cat in the Hat balloon injured four people after overtaken by strong winds. The following year NYC city officials instituted new regulations for grounding the giant balloons on parade floats. According to National Weather Service, it is currently forecasting sustained winds of 22 miles per hour and a wind gust of 39 miles per hour during this year’s Thanksgiving parade. The sustained winds don’t exceed the regulations, but gusts do. This means that officials will have to monitor the wind conditions very closely and decide whether they allow the balloons to be flown or not.

I know, I know, this is definitely not so good news. Parade organizers will have the most likely make the official decision on Thursday as wind conditions quickly change. The last time the parade balloons were grounded due to the weather was back in 1971. But the good news this year is that will be slightly warmer than last year’s parade. Well, for those who are acclimated to the cold weather at least.

Still looking at a rather blustery Thanksgiving Day following the passage of a cold front early in the AM. Definitely could spell concerns for the balloons in the parade pic.twitter.com/M3XpohFqNP

The National Weather Service did confirm a low of 19 degrees Fahrenheit that morning, which will be the second coldest Thanksgiving Day in the city’s history. This year ‘The big apple’ is said to be forecast at 44 to 47 degrees Fahrenheit.

Hey Mother Nature, I know we haven’t been the best ones out there and we might not take care of you as much as we should, but can we just have this one little thing? A lot of kids look forward to this. It’s truly a family tradition that would be a shame to lose. Please? All we want it to see Snoopy and Spongebob Squarepants flying high in the air.