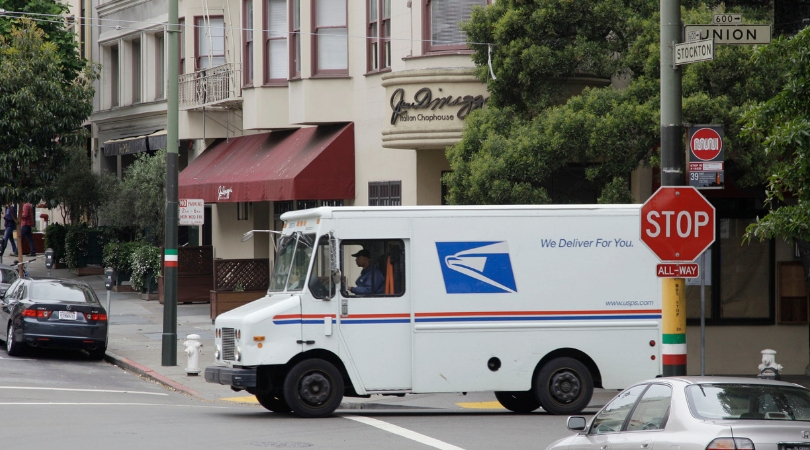 It looks like someone took their job a bit too seriously and began to deliver more than just your usual junk mail. A man pleaded guilty to his role in a drug-dealing operation which involved paying a U.S. Postal Service driver in cash and drugs, in exchange for delivering over 100 kilograms of marijuana while on his mail route in Baltimore. Yes, 100 kilograms! Talk about special deliveries.

Facing 20 years in federal prison, Michael Gray pleaded guilty to conspiracy to distribute marijuana in U.S. District Court in Baltimore. Gray worked with Postal Service driver William McRae, who pleaded guilty to conspiracy of his distribution, making it a total of 220 pounds of marijuana in March. McRae is facing up to 40 years in federal prison.

According to court documents, McRae’s plea agreement stated Gray and another unnamed accomplice paid him in cash and marijuana to deliver the drugs on his mail route in Baltimore between November 2017 and November 2018. Gary and the accomplice would contact the mailman the day they planned to mail marijuana to Maryland from California and tell him where to deliver the packages at different locations on Calhoun, Hollins, and West Lombard Street.

Each package routinely contained between 1 and 7-kilogram of marijuana and would arrive in batches of up to 6 or 7 packages at a time. Investigators found over 200 suspicious parcels mailed from California to a particular Zip Code (21223) in Baltimore between those dates. The packages would be delivered on days that lined up with McRae’s route and he would mark the packages containing drugs as “delivered.”

Baltimore police spent a year building their case and officers were able to seize three suspicious packages from his route on November 22, 2017. Each package contained 1 kilogram of “green, leafy, plantlike substance” that tested positive as marijuana. So naturally, investigators continued following McRae’s route for a year before they saw Gray pulling up behind the mailman’s Postal Service vehicle, and boom. End game. Law enforcement officers arrested Gray and seized 2 kilograms (4 1/2 pounds) of marijuana from his vehicle.

I don’t know about you, but these sentences seem a bit too much. This mailman just wanted to make a little extra cash by selling some weed. WEED. That’s it, he was probably thinking he was living the American dream. Part mailman, part entrepreneur. That’s for sure. I get medical marijuana is only legal in Maryland with a prescription, but come on people! I’ve seen worse crimes that get 2 years for things that should actually be 40 years.