In an interview with NBC’s “Meet the Press,” Wall Street Journal Editor in Chief Gerard Baker said his newspaper would refrain from calling false statements made by President-elect Donald Trump “lies.”

But he won’t call them “lies,” as doing that would be to charge Trump’s false statements with a “deliberate attempt to mislead.” He neither speculates nor offers any other reasons why Trump makes factually incorrect statements with some frequency. Baker also does not mention any responsibility borne by the President of the United States to make factual statements with any regularity.

Instead, he warns journalists to be wary about challenging the President-Elect’s “challengeable” statements, encouraging journalists to avoid provoking readers. To Baker, once readers sense “a position,” they are “not going to trust [the reporter].”

In the same interview, Baker says, “Of course, it’s reporters’ jobs to take everybody on, you know, to test everything that a politician says against the truth.”

NBC’s Chuck Todd was unclear on how, exactly, this would all work together, so Baker illustrated with Trump’s widely discredited lie that he saw thousands celebrating on the rooftops of New Jersey on 9/11.

I think it’s right to investigate that claim, to report what we found, which is that nobody found any evidence of that whatsoever, and to say that […] I think it’s then up to the reader to make up their own mind to say, ‘This is what Donald Trump says. This is what a reliable, trustworthy news organization reports. And you know what? I don’t think that’s true.’ I think if you start ascribing a moral intent, as it were, to someone by saying that they’ve lied, I think you run the risk that you look like you are, like you’re not being objective. 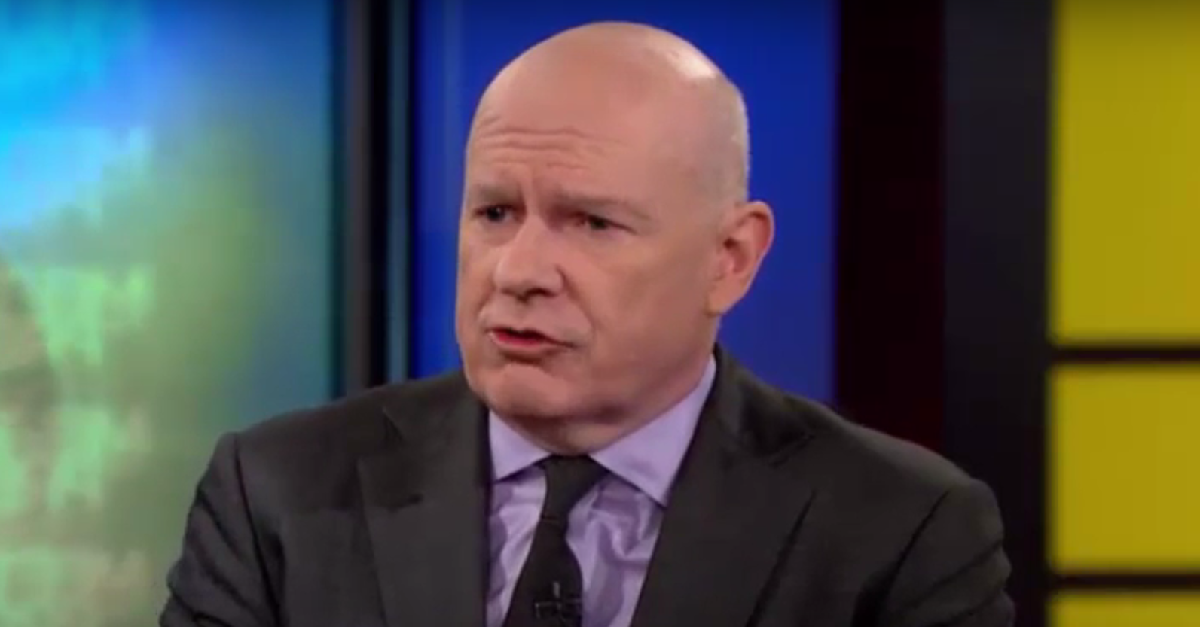