There’s a new look on the “Make America Great Again” hat, just in time for the Christmas season 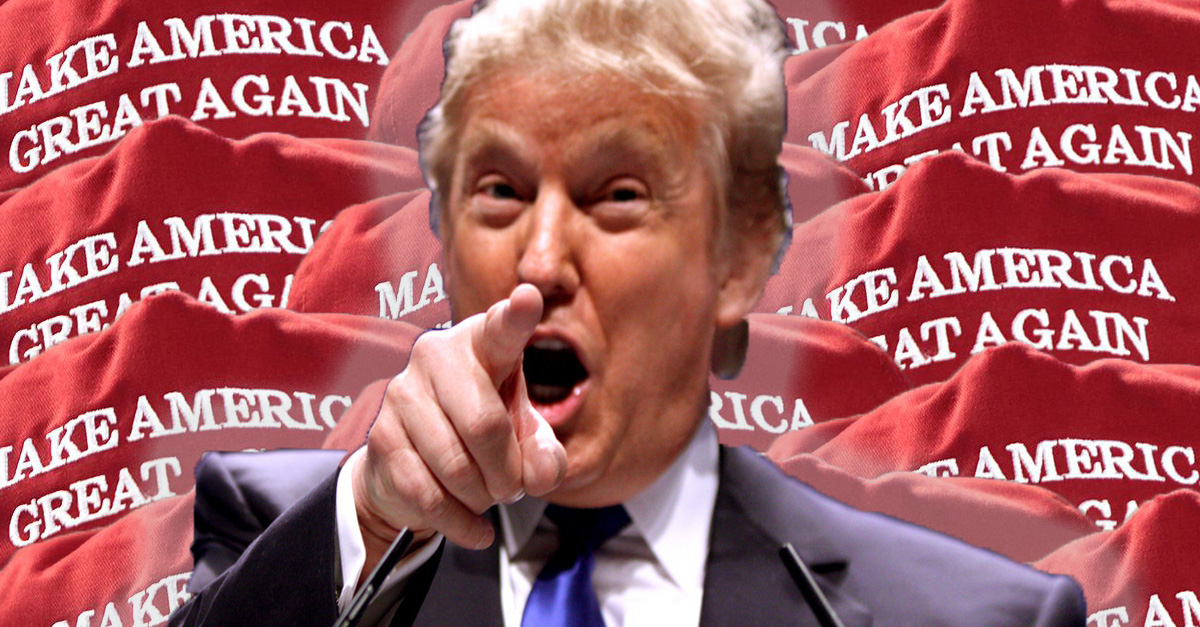 The Christmas season is upon us again, which means that trees and lights will descend on all corners of the nation and, for Trump supporters, there’s a new hat in stock. The president’s website recently debuted a “Make America Great Again” hat that shows the iconic words draped in a string of Christmas lights.

The hat debuted in mid-November when the official GOP Twitter account showed a brief video of it.

Of course, the appearance of the new cap was met with plenty of skepticism from online critics who made remarks like “nothing says populism like a $45 baseball hat.”

The headgear also caught a lot of criticism from those pointing out its hefty price tag. On the GOP website, President Trump’s original “Make America Great Again” hats are only $25. Though the site does note that all the hats are made in the USA.

Trump 2020 campaign has a new hat for sale. Costs nearly twice as much as regular MAGA hats. But it lets everyone know you’re a soldier in the War on Christmas. pic.twitter.com/MQbK2VQlki

On Black Friday, the president posted a link to his products on his Facebook page with the caption “We’ve got a great deal for our supporters this Black Friday!”

Perhaps more interesting than his supporters’ love of the “MAGA” hats is how Trump came up with the slogan that turned his campaign into a presidency. He told The Washington Post that the phrase came to him the day that Barack Obama beat Mitt Romney in the general election–Nov. 7, 2012. Trump says he was sitting in his Manhattan tower when the idea slipped into his mind, and five days later, a trademark was pending.

Democrats initially slammed his slogan, but pundits saw the ring to it. Some pointed out that “Make America Great Again” has been used before, Reagan used it in 1980 on his campaign trail. But, Trump owned those four words and when other candidates began using the phrase in their speeches, Trump’s lawyers sent off cease-and-desist letters.

Of course, Trump’s iconic red hat has changed over time; after he won the election, he released a hat with the letters “USA” embroidered on the front in white.

While he might own the rights to those words, that hasn’t stopped other brands from knocking off his famous caps. A search on Google Shopping for “Make America Great Again hat” yields hundreds of products, most of them boasting price tags much lower than Trump’s official hat on the GOP website.

While the hat itself seemed like a silly idea when reports showed that he was spending more money on the caps than advertising, the grassroots of it quickly took hold. And, make no mistake, for the next few decades, there will be no shortage of “Make America Great Again” hats, there might even be a few with Christmas lights strung around those four fateful words.