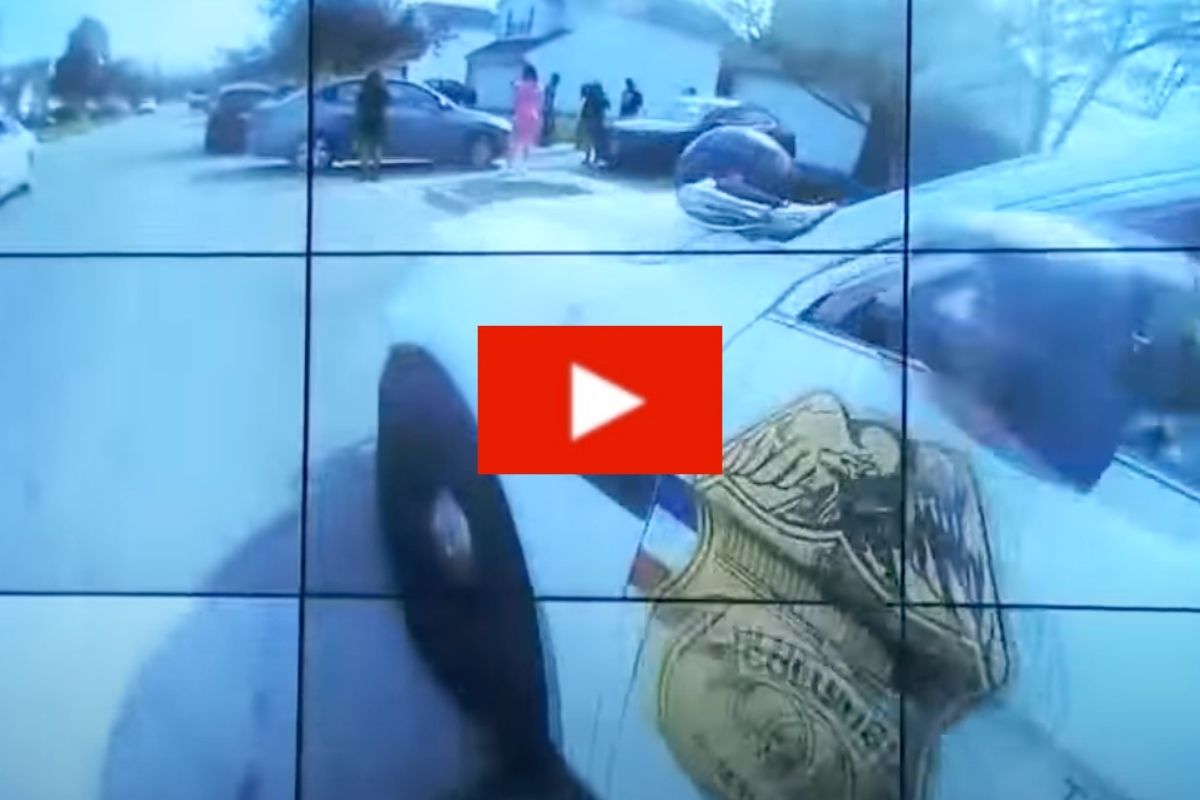 On Tuesday afternoon, amidst the nation watching as former Minneapolis police officer Derek Chauvin was found guilty on all three charges for the murder of George Floyd, a video was released by Columbus police in Ohio of an officer fatally shooting a teenage girl just hours after the guilty verdict. She was 15-year-old Ma’khia Bryant, and she was the one who had actually called law enforcement to help her.

Derek Chauvin is handcuffed after being found guilty on all three counts, including second-degree murder https://t.co/TuOSC2liCb pic.twitter.com/ZpOvV9EpPd

According to Ma’khia’s aunt, Hazel Bryant, the 16-year-old girl had been living in a foster home when several adult women showed up, starting an altercation with Ma’khia. So the young teenager called not only her biological father and grandmother for help, but also the police. She then grabbed a knife to defend herself, and what happened next was caught on the bodycam footage of the police officers who arrived at the scene.

Warning: The video below shows the shooting and death of 15-year-old Ma’khia Bryant. Viewer discretion is advised.

The video shows Ma’khia rushing towards one woman while wielding the knife. An officer is heard yelling, “Get down! Get down!” and then caught firing four shots at the teenager who is seen lunging after another girl with the knife. Ma’khia’s lifeless body is then seen collapsing to the ground, slumping against the car behind her. As officers tended to her, calling for a medic, she was then taken to Mount Carmel East Hospital, where she died of her injuries.

Interim Police Chief Michael Woods told reporters in a news conference that their department has already contacted the Ohio Bureau of Criminal Investigation to conduct an independent investigation of the officer’s use of deadly force and that the officer will be “taken off the street.” He said, “This is a tragic incident for all involved but especially for the family of the female,” but did not answer a question about what other efforts were made to handle the incident apart from the officer firing his gun.

The police release of the bodycam footage came after Ma’khia’s family members talked to reporters, resulting in protesters taking the streets in outrage that Ma’khia was a Black teenage girl shot by the same Ohio police officers she had called for help. Hazel said, “She was a good kid. She was loving. She was 15 years old. She didn’t deserve to die like a dog in the street,” adding before the footage was released, “The police are going to lie. I’m so thankful that someone from the family was actually on the scene. The police are going to lie. The police are going to cover up for themselves. They don’t care. At this point, I feel like they’re just out to kill Black people. They’re not here to protect and serve. That isn’t happening. That’s been over a long time ago. They’re not here to protect and serve. They’re here to kill Black folks.”

Columbus Mayor Andrew Ginther described the incident as a “heartbreaking situation,” saying, “The city of Columbus lost a 15-year-old girl. We know based on this footage the officer took action to protect another young girl in our community. But a family’s grieving tonight, and this young 15-year-old girl will never be coming home.”

Ma’khia’s great-grandmother Ila Bryant compared her great-granddaughter’s death to Breonna Taylor, who was shot and killed during a no-knock raid in Louisville, Kentucky, back in March 2020. She said, “It looks to me like that’s what the police wanted to do, to kill her. I’m just trying to figure out why. We have to remember that we should love each other.”

Ma’khia’s mother, Paula Bryant, described who her daughter was to 10 WBNS, saying, “She was a very loving, peaceful little girl. She was an honor-roll student, and Makiyah had a motherly nature about her. She promoted peace.”