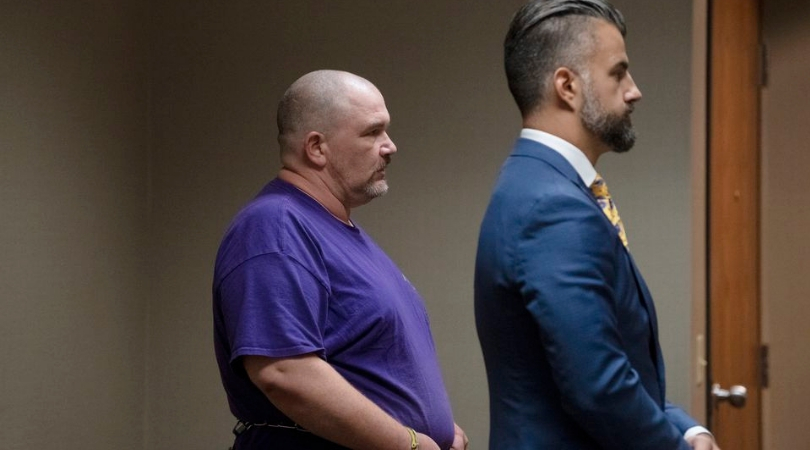 Via MLive
Via MLive

A Michigan man accused of murder, was charged after a five-year investigation of the death of his wife, Christina Ann-Thompson Harris. According to authorities, 44-year-old at the time Jason T. Harris was arraigned on charges of first-degree murder, solicitation of murder, and delivery of a controlled substance for spiking his at the time 36-year-old wife’s cereal with heroin in September 2014.

After a five-year investigation, authorities believe the 36-year-old victim didn’t die from an accidental overdose as originally thought. Through a news conference, Genesee County Prosecutor David Leyton stated the Harris put the heroine in his wife’s bowl the night before she died.

A medical examiner changed the woman’s cause of death from “accidental overdose to homicide” following a lengthy investigation that was conducted when relatives questioned the findings, saying the mother wasn’t known to use drugs. Jason Harris’ siblings also went to the police in October 2014 to report that he made a statement about “getting rid of Christina.”

Harris also sought out drugs that were tasteless and odorless after trying to put Xanax pills in her water but she refused to drink it after tasting it. He had allegedly given his wife reason to suspect “something was going on.” Leyton stated the loving mother of two had told a friend that if something were to happen to her, to look at Jason.

Horrible: Michigan Man Accused Of Killing His Wife By Lacing Her Cereal with Heroin! https://t.co/2Q5dgSHwU7 pic.twitter.com/e2KZc47NlC

Harris’ coworkers told investigators he told them he wanted to avoid divorcing his wife of 11 years so he wouldn’t have to make child support payments or worry about custody. Instead, the cereal killer asked a colleague to kill his wife for $5,000 after a hitman he had hired wound up getting arrested. Harris was fired from his job after testing positive for drugs multiple times.

After investigating the case further, authorities found that Harris had bought a ticket for a flight to Rhode Island to meet up with another woman, just nine days after his wife’s death after collecting $120,000 in life insurance.

Editor’s note: This article was originally published on August 29, 2019.

Watch: Nicolas Cage’s Ex-Wife is Demanding Spousal Support After Being Married For 4 Days