A northern Nevada man has been arrested for living at a children’s museum with his wife, his children … and some weapons.

He reportedly was a janitor at the museum, simply called the Children’s Museum, while his wife was a manager. The man, 41, has been charged for the weapons and with child neglect and endangerment. Police said he was in possession of an AK-47 rifle, three handguns, a pistol, ammunition, knives and a taser — as well as a bong and a used marijuana joint.

The family was discovered after the man’s 2-year-old child was seen walking nearby, while unsupervised. Per the Carson City Sheriff’s Office, this was not the first time the man allegedly had left the child alone, leading to previous police interaction. This time, though, the toddler’s older sister directed police to the museum as their home.

When police arrived, they discovered the weapons and drug paraphernalia, and what appeared to be a living quarters in an area that was off-limits to the museum’s guests. It included sleeping bags, mattresses, food and clothes.

The man’s wife has not been charged, but the couple has been fired and the museum is temporarily closed.

“We are looking into the best path to reopen in a way that not only assures the safety of all of our visitors, but that we as a community can be proud of as well,” the Children’s Museum stated in a press release.

Needless to say, the museum’s board of directors has come under fire for not realizing that a family of four had been living in their building. They issued an apology and said they were “shocked and saddened” by the developments.

The Children’s Museum is scheduled to reopen with a new manager. 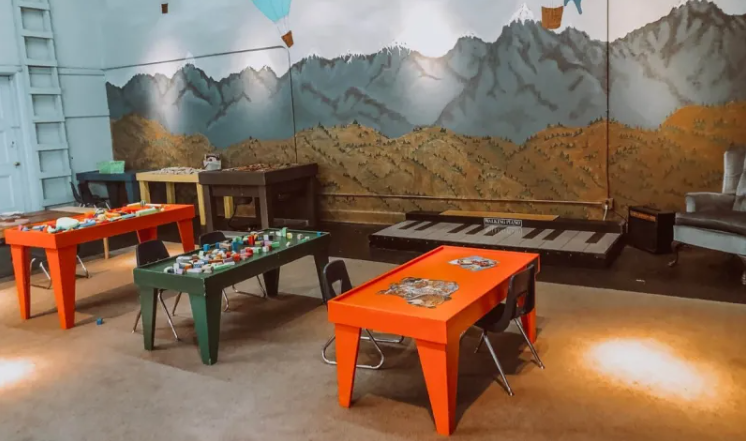