Man Gets Beaten With Twisted Tea After Yelling Racial Slurs 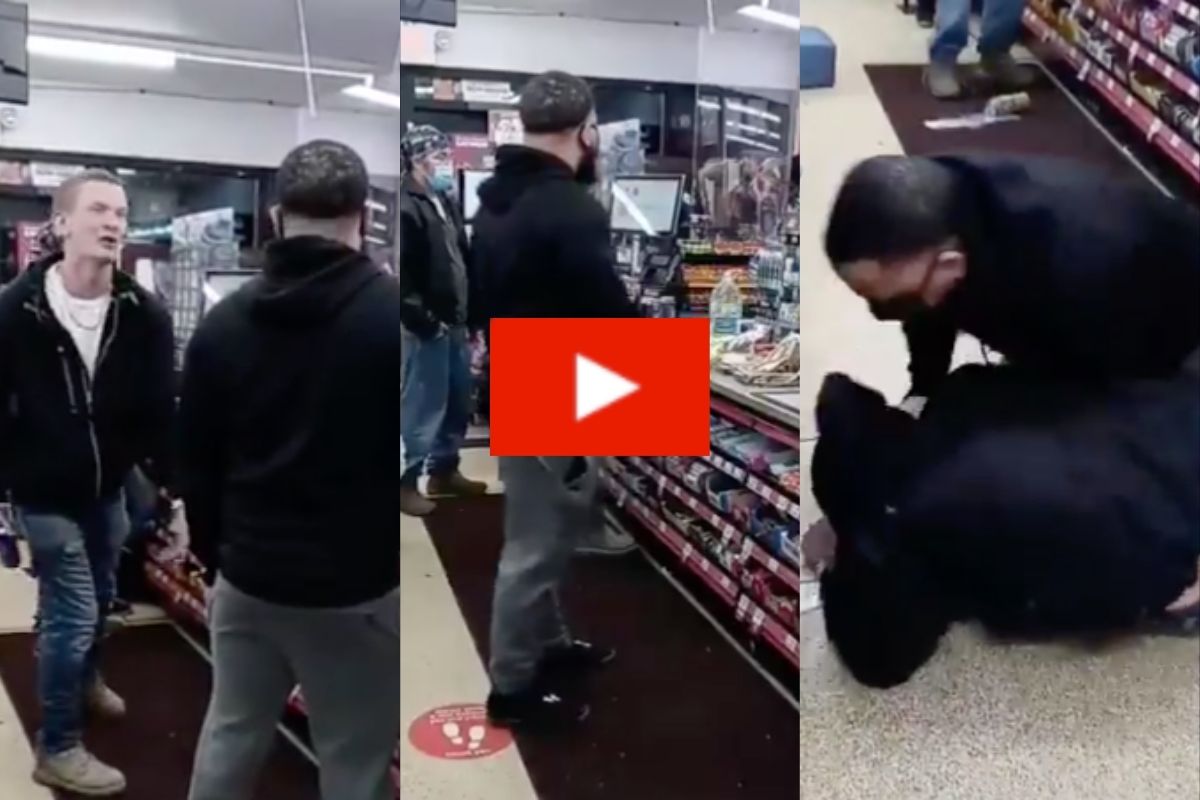 We all know to really and truly be careful about what you ask for- because you just might actually get it. And in this case, this guy definitely deserved it. It is never okay to use the N-word, in any situation by anyone, and this guy was not only asking to get his butt whooped by his actions but he stupidly, literally asked to get beat up.

This viral video shows a White man, seemingly wasted (and if not, then causing an unnecessary disturbance and ruckus) at a Circle K gas station in Elyria, Ohio, hurling profane words at the customer behind him, who is a Black man. The video reveals the White man making obscene sexual remarks about the Black man’s mother and hurling racial slurs, using the n-word freely.

Customer Gets Beatdown With Twisted Tea For Saying N-Word

The Black man at first does his best to ignore this guy in front of him, because anyone with decent common sense wouldn’t waste their time on an idiot making racist slurs at a convenience store. But then the White customer just takes it too far. As the victim of the racial slurs grabs a can of Twisted Tea, which I assume he came to the Ohio gas station intending to grab a quick drink and go home to relax, the aggressor taunts his victim, literally asking him to smack him in the face.

The patient, but obviously irritated customer loads up into a cautioning stance, giving this idiot one more chance to actually shut up. But of course, the dumb-dumb keeps popping off, and so the tired customer goes at him with the spiked iced tea. The White man is totally thrown off, and as the fight continues on the floor, the Black man is clearly stronger and in more control of the situation.

“I asked you not to call me a [n-word],” he says, as he holds the perpetrator on the floor. He picks him up and whisks him off towards the exit, not entertaining the situation any longer.

I have no idea what makes it okay for this guy to do this in the city of Elyria, but this isn’t okay anywhere, ever. According to the Chronicle-telegram, a local newspaper, the incident was not reported to the police, but the video went viral on social media. One Twitter user commented,”This is what happens when y?all use the n-word freely. Others think it?s ok to. So when y?all make music whatever it is , just know they are listening and mimicking our language and adapting to it. Personally why I hate the word because I know this will happen.?

This is what happens when y’all use the n word freely. Others think it’s ok to. So when y’all make music whatever it is , just know they are listening and mimicking our language and adapting to it. Personally why I hate the word because I know this will happen

And I won’t fail to mention that the reasonable guy was wearing a face mask, while his oppressor wasn’t. Let’s not forget that COVID is still haunting our country, but even a pandemic isn’t going to stop just because of a brawl. Nevertheless, this was handled with as much class as possible, and I have to hand it to the victim for keeping his cool and not wasting any more time than he needed to on someone like that.

Watch: Racist Woman Yells at Asian Drugstore Staff For ?Speaking Chinese? in Front of Her