I have said this once and I’ll say it again. Please be careful our there Florida, there are flesh-eating bacteria roaming around in your water. Have we learned nothing from the past injuries and deaths in the recent month?

According to authorities, a Tennessee man is the latest victim, who died due to the infectious disease over the weekend after a trip to a popular Florida beach. The Memphis man’s family stated they knew that some bacteria can infect open wounds and cuts but had no idea his compromised immune system put him at a higher risk as well. Unfortunately less than 12 hours after visiting Destin beach in Florida, Cheryl Wiygul said her father began to feel sick. When the family returned to Memphis, large black sores had developed on his back with the red bumps showing up on his arms and legs.

Wiygul’s father had a compromised immune system since he was on cancer treatment. When at the hospital the man turned septic and went into cardiac arrest. The family is now warning others with lower immune systems from getting in the water to avoid accidents like these.

Wiygul stated, “I don’t want to keep people from the beach. I love the beach, my dad loved the beach. That was his favorite place to go, but it’s not worth your life to go. So, maybe you need to reschedule if you have a big cut or just had surgery, don’t go to the beach. “

Along with Florida, the Gulf of Mexico has also seen recent dangers with flesh-eating bacteria. A fisherman scratched his arm while at the beach which resulted in surgery after doctors found bacteria in soft tissue. Several Florida residents are calling for bacteria warning signs at parks and beaches or anywhere one can find water.

Vibrio bacteria live in coastal waters and if found at higher contractions during summer months as the water temperature warms up. According to the Center for Disease Control and Prevention, 80 percent of infections occur between May and October. Usually, people get an infection when bacteria come into contact win any open wound in salty or brackish waters, or after eating undercooked or raw shellfish. 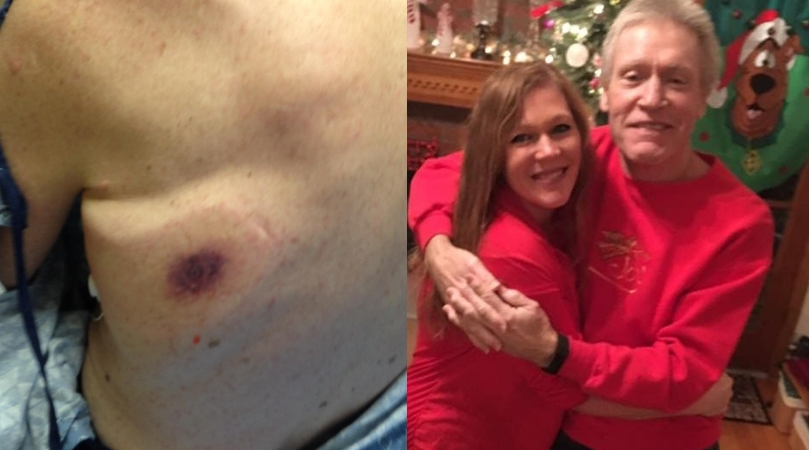