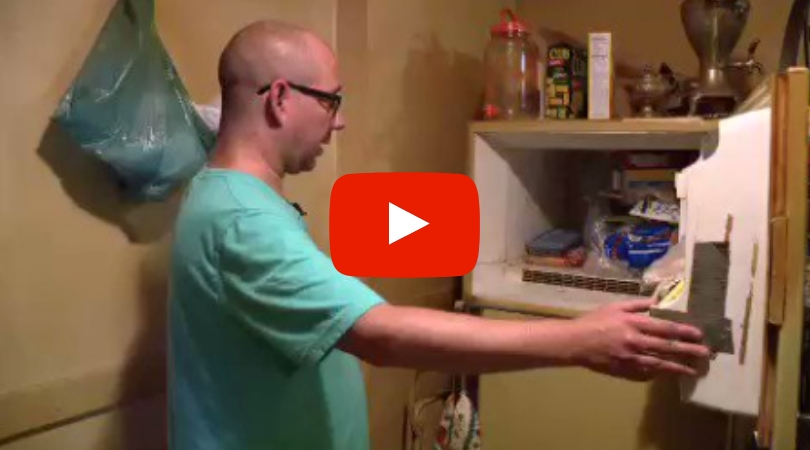 Imagine walking to your mom’s freezer one day, hoping to cook up that chicken pot pie you know she had in there for a while, only to find a big white box at the very back. Yes, that same box that you always see but your mother always told you numerous times not to open it. So you don’t. Until one day, she passes away so you are so tempted to look in there and you do. That’s when you find it. A frozen human baby inside the box.

Well, that is exactly what happened to Adam Smith when he made the shocking discovery. Turns out Smith had recently moved into his mother’s apartment to help her after she was diagnosed with lung cancer. His mother, unfortunately, passed away last week, which is why he was going through her things trying to get rid of unused items. So, that’s when the Missouri man went through his late mother’s freezer and saw the cardboard box.

EXCLUSIVE: A disturbing discovery in south St. Louis. Police are investigating the death of a baby. But tonight, we get more details from a man who found the baby wrapped in a pink blanket in his mom's freezer. Catch the full story at 6 on @ksdknews. pic.twitter.com/juSKoL9SQT

Smith said the package had been in the freezer since he was a kid, but his mother told him that the box was none of his business. Which is why he never thought about opening it, and though it was a frozen wedding cake top. Smith said that when he opened the box, he saw a pink fleece baby blanket, and as he reached down to touch it, he felt a foot!

Yes, an actual human foot! Smith stated, “I could see the baby’s head with hair. The hair was still attached. Who keeps their own child in a box for this long and never talks about it?” he said. “I just have so many thoughts and it’s just insane.” According to authorities, they are investigating what they consider to be a suspicious death. Distraught at the whole situation, Smith said he remembers his mom once speaking about losing a child at birth, and a relative recently told him his mother gave birth to twins but lost one at birth and gave the other child up for adoption. He is currently waiting for an autopsy to see if the baby was ever alive, or if the mother tragically did something to harm it.

UPDATE: Since so many of you have been wondering about what this box looked like, here's a photo the man shared with us. It shows the box in the back of the freezer. https://t.co/c7sCZXgl2V pic.twitter.com/Qc47AjgvMP

This is terrifying and so disturbing on so many levels. One, because this man basically found his sister who was literally stashed in the freezer for 37 years. Two, because the family was eating out of a freezer that had a human inside of it. So gross and unsanitary.  Oxygen needs to create a reality TV show about this or something. Can you imagine finally opening that box you have been wanting to open for so long and finding something like this? Who keeps a dead baby in a freezer for 37 years!? Throw the fridge, along with the whole house away.

Also…how long can you keep a cake in the freezer for?