This Guy Carries Around the Skeletal Remains of His Amputated Arm 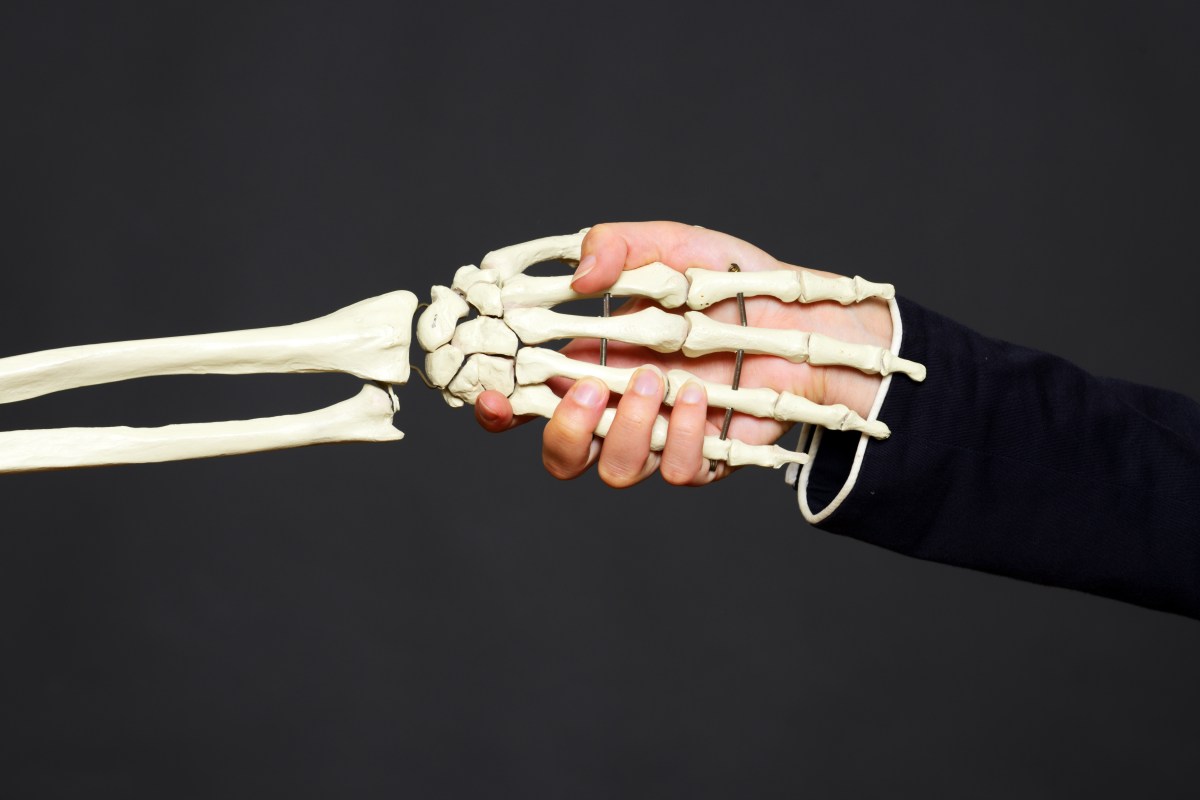 A Canadian man is making news for having both a very cool and extremely unfortunate souvenir — the skeletal remains of his own arm. 37-year-old Mark Holmgren lost the use of his right arm in a motorbike accident in 1999 but for two decades he refused to have the arm amputated and instead just sort of Bob Dole it.

Finally, though, Holmgren changed his mind this past April and had his arm amputated. But that wasn’t the end of it. Holmgren told doctors he wanted his arm back (he was pretty attached to it, after all… sorry). So Holmgren got his arm back and walked out of the hospital with it. In a trash bag.

Holmgren kept his arm in his freezer for about a month before finally figuring out what he wanted to do with it. He decided he wanted his preserved arm as a souvenir. So he called around to various taxidermy specialists asking if they would preserve a human arm. Most of them said no, and right away at that. Probably followed up with a firm, “Never call here again.”

Eventually, though, Holmgren found a taxidermist who was willing to preserve his arm. Unfortunately preserving a human arm like one would a deer they bagged isn’t so easy, so they opted instead to preserve it in its skeletal form. How do you do that, you ask? With flesh eating beetles and other bugs apparently. The taxidermist let these insects chow down on the arm’s flesh until there was nothing but bone left.

(If you need a minute to puke, go ahead and take your time.)

After that the arm and hand bones just had to be put back together and boom, the most rad goth home decor anyone could ever imagine was Holmgren’s for the taking!

This story was originally published December 31, 2019.