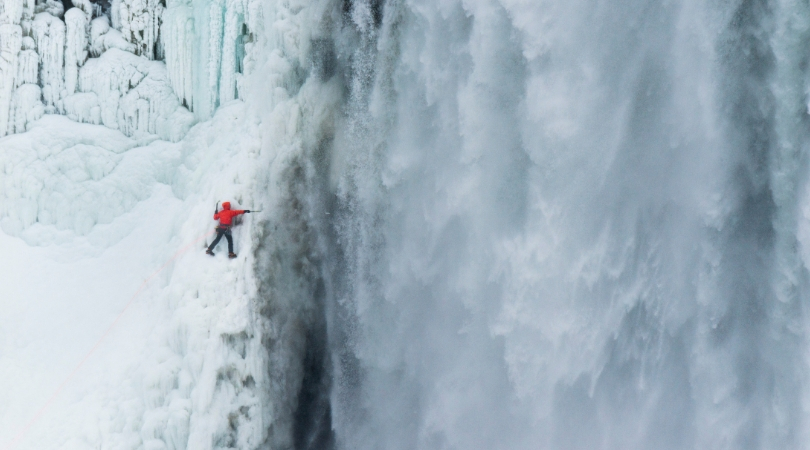 Talk about luck! Someone get this man a lottery ticket because he is sure to win some good money. The Niagara Parks Police Service stated a man was literally swept over the Horseshoe Falls! Around 4 a.m., officers responded to reports of a person in crisis at the brink of the Canadian side of the border. Which kind of makes me believe he might have had quite a few Tequila shots.

Once officers arrived at the scene, the man climbed the retaining wall, jumped into the river and proceeded to go over the Horseshoe Falls. Authorities subsequently began to search the lower Niagara River basin, where the man was found just chillin’ on the rocks at the water’s edge below the Journey Behind the Falls observation platform.

Crews rescued the unidentified man and took him to the hospital for assessment and treatment, of non-threatening injuries. According to Ontario’s Niagara Parks, the Canadian Horseshoe Falls drop an average of 188 feet into the lower Niagara River. The crest line is about 2,200 feet wide while the plunge pool beneath the falls in 100 feet deep. The rapids above the falls reach a maximum speed of 25 mph while the fast speed, 68 mph, occurs at the falls themselves

What is surprising about his whole ordeal, is that this isn’t the first time someone falls in. The first person to survive a plunge over the Horseshoe Falls was on July 9, 1960, when 7-year-old Roger Woodward lived after a boating accident on the upper Niagara River. Woodward was only protected by a life jacket. His 17-year-old sister, Deanne was rescued at the brink of the falls. His family friend, James Honeycutt, was piloting the boat and unfortunately didn’t survive. Seven months after his fall, Woodward returned to the falls to be honored by Gov. Nelson Rockefeller in February 1961. In 2003, Kirk Jones also survived a fall without a protective device, but later passed away in 2017 after plunging over the falls in a stunt gone awry.