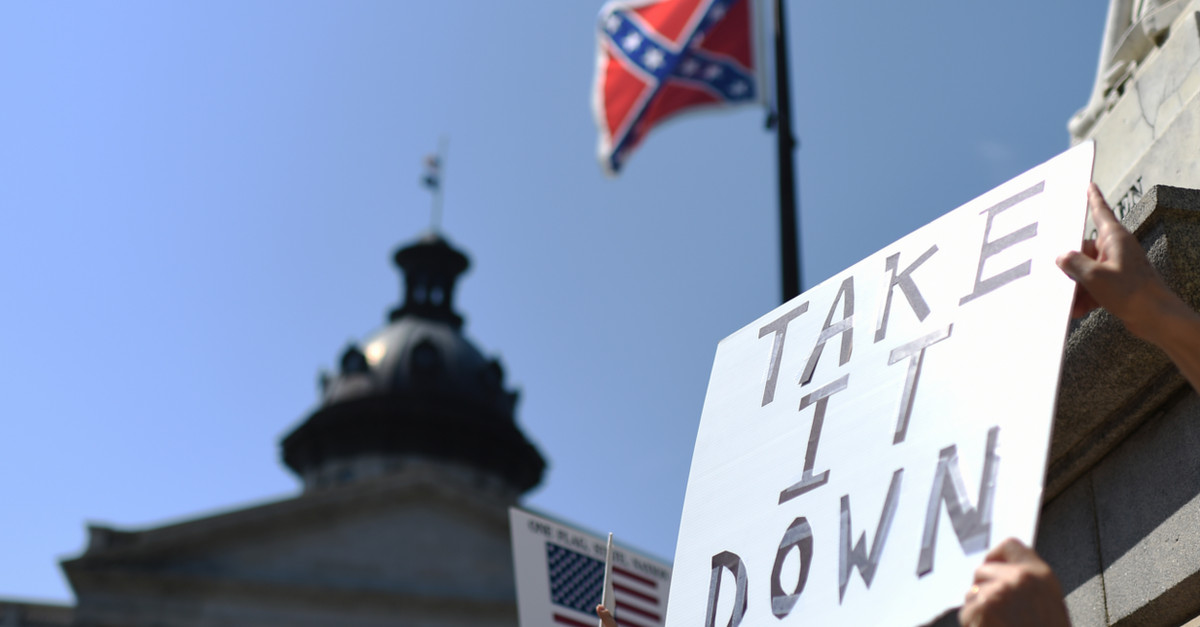 The memo did not elaborate on why Marine command decided to purge Confederate imagery from its bases — probably because it was an order — but Capt. Eric Flanagan, a spokesman for the Marine Corps, said the order was the result of the Corps’ general concern about the issue rather than due to any one recent incident or complaint.

Presumably, the optics of United States military members celebrating slave-owning traitorous losers had a lot to do with that.

A couple thoughts on the Marine Corps banning Confederate flags, etc. from their bases:

2. I get that plenty of people don’t look at the Army of Northern Virginia’s flag (it’s not even the official flag of the Confederate States of America, by the way) and think, “Hooray! Slavery!” or “White people! F*ck yeah!” It represents their heritage and “The South” the same way SEC football, barbecue pulled pork, and dropping their cell phone and wallet down a sewer grate while puking in a Bourbon Street gutter does. All proud Southern traditions I’ve partaken in, to be sure.

But the Confederacy literally codified race-based slavery and white supremacy into its founding documents. And they tried to rip the United States of America apart, killing hundreds of thousands of American soldiers in the process (more than the Nazis killed, even). Soldiers who fought under that specific flag, under Robert E. Lee — a bad general who lost the only war he was a commander in — committed war crimes against American soldiers fighting under the American flag.

It’s bad history and unpatriotic to celebrate that symbol.

Let’s just bury this crap. No part of the country has more heritage options and symbols to celebrate than the South. We can pick a better one.

3. Anyone not from the South who is into Confederate imagery is a poser and should ditch that crap anyway. If you’re just a person from Idaho I’m not sure why you would have, say, a Confederate bumper sticker on your truck unless a) you were actually a big fan of the racist past of it, or b) it was a misguided attempt to prove you love state’s rights.

(Misguided because, if anything, the Confederate flag is really a symbol of state’s rights arguments gone too far and a justification for stronger federal government. After all, any state that wants enslaving other people to be its right is inadvertently begging for a shorter leash.)

Watch: General John Kelly’s Speech About These Marines Will Make You Appreciate the Price of Freedom