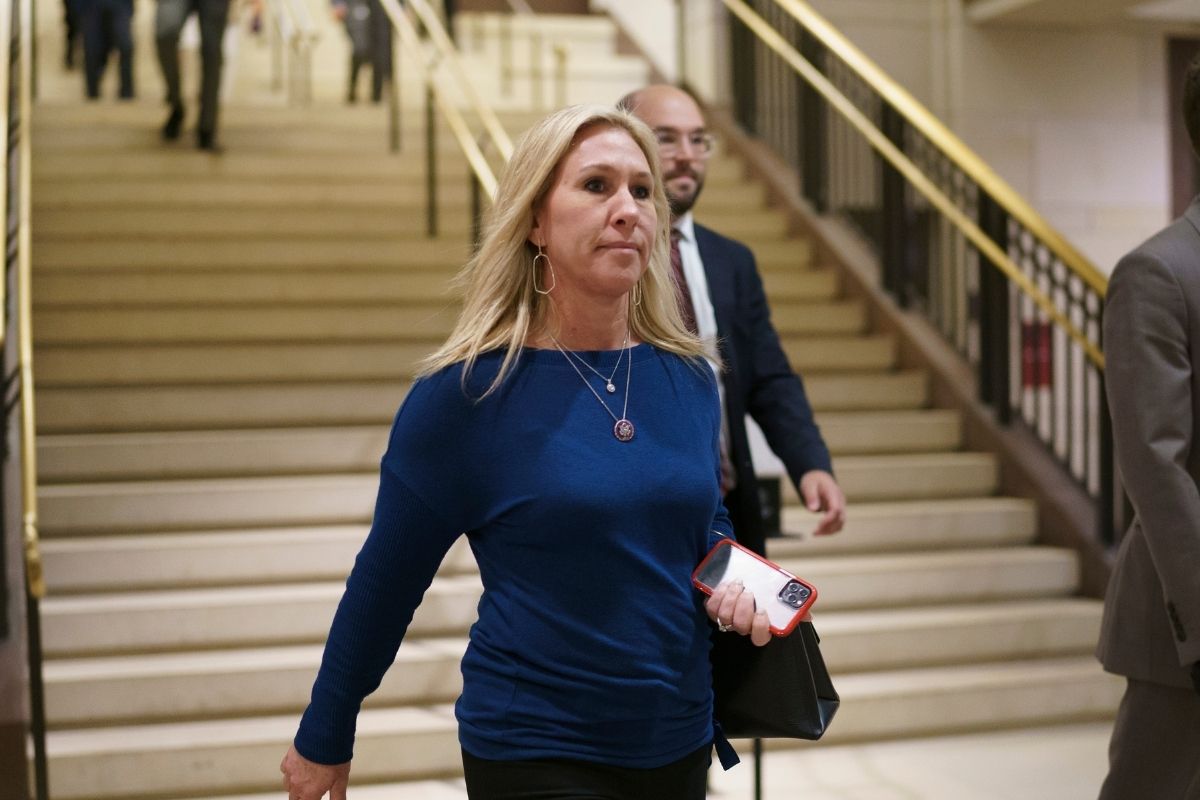 Rep. Marjorie Taylor Greene is once again going viral on social media after comparing being forced to wear a mask to the Holocaust. Greene, who is from the Republican Party, made the controversial comments last week during an appearance on The Water Cooler with David Brody, which is a podcast associated with John Solomon’s website Just the News.

The lawmaker, who represents Georgia’s 14th congressional district, spoke about House Speaker Nancy Pelosi’s refusal to lift the House mask mandate, which several Republicans have complained about even though less than half of their members have not been received vaccinations. She stated, ?This woman is mentally ill. You know, we can look back in a time in history where people were told to wear a gold star and they were definitely treated like second-class citizens ? so much so that they were put in trains and taken to gas chambers in Nazi Germany, and this is exactly the type of abuse that Nancy Pelosi is talking about.?

This is evil lunacy. https://t.co/xHeUgbx7wa

Rep. Liz Cheney tweeted a video of the exchange, calling Greene’s comments ?evil lunacy.? Rep Adam Kinzinger of Illinois also tweeted the exchange, calling it ?absolute sickness.? Member of House Republican freshman class Rep Peter Meijer appeared on CNN Sunday saying that her comparison of the Holocaust to the mask mandate was beyond reprehensible. He stated,

“Well, first off, any comparisons to the Holocaust it’s beyond reprehensible. This is — I don’t even have words to describe how disappointing it is to see this hyperbolic speech that, frankly amps up and plays into a lot of the anti-Semitism that we’ve been seeing in our society today. Vicious attacks on the streets of New York and in Los Angeles,” Meijer told CNN’s Dana Bash on “State of the Union.”

Several Jewish groups, such as the American Jewish Congress, and several others also condemned the comments on social media as diminishing the six million Jewish people who died during the Holocaust. The American Jewish Congress tweeted, ?You can never compare health-related restrictions with yellow stars, gas chambers and other Nazi atrocities. Such comparisons demean the Holocaust and contaminate American political speech.? The group called for an apology and retraction from Greene, who has not yet done it.

There is currently a Change.org petition calling for House minority leader Kevin McCarthy to expel Greene from the conference that has now racked up more than 52,000 signatures. McCarthy’s office has yet to respond to a request about the situation. Democratic Rep. Jim McGovern tweeted about the incident during the weekend, saying, ?Rep. Greene?s anti-Semitic language comparing the systematic murder of 6 million Jews during the Holocaust to wearing a mask is beyond disturbing. She is a deeply troubled person who needs to apologize & resign. @GOPLeader needs to address her antisemitism.?

Despite the criticism, Greene defended her comment to CNN affiliate KPNX saying, “I stand by all of my statements, I said nothing wrong.”