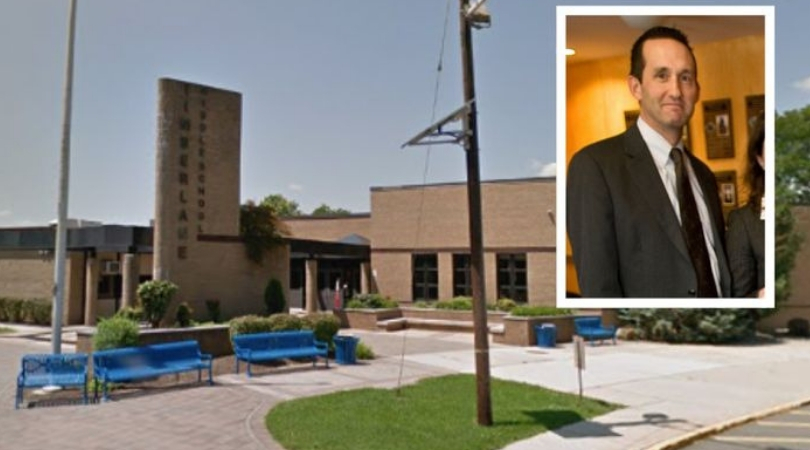 A New Jersey student is now threatening to sue Hopewell Valley Regional School District for $10 million, claiming the district didn’t protect her from a teacher who tried to sexually assault her and is still teaching at the school. The student accused Timberland Middle School teacher and athletic coordinator Mark Amantia of making “improper physical and sexual advances.”

The incident occurred during the 2016-2017 school year and started when she was 13. According to her attorneys, the inappropriate touching included repeatedly massaging her neck and back in full view of other students and staff members, which then culminated in the teacher trying to sexually assault her.

According to the tort claim notice, one of the incidents occurred back in the spring of 2017 after the teacher reportedly locked the student in a classroom after school and exposed himself to her. She claims he then pushed her against a wall and tried to pull down her pants, but was able to flee after stabbing him with a pencil and running from the classroom. The district did alert law enforcement after the girl, who is only identified as Student S., told her mother and high school officials of the inappropriate touching.

nice! this man was not only a teacher at our middle school, but a father of a girl in our grade! https://t.co/FAtGzWJPa6

The district responded by saying the state’s Division of Child Protection and Permanency and the Mercer County Prosecutor’s Office investigated the claims and found “no evidence of wrongdoing.” But the law firm who is representing the student, John Rue & Associates, released a statement saying that the lack of criminal charges is not an exoneration of the teacher. According to the students, attorney, John Rue, the girl, who is now 16, now suffers from Post Traumatic Stress Disorder, anxiety, and depression.

“Prosecutors stated directly to the family that they had declined to bring criminal charges only because there were no other witnesses to the alleged sexual assault, and because criminal charges have to be supported by proof beyond a reasonable doubt,”

Amantia became the girl’s social studies teacher in eighth grade. The student had first notified a guidance counselor about his actions, she allegedly “downplayed the allegations,” saying that the teacher can be “friendly” but she promised she would talk to him. Despite the student telling the counselor three times, Amantia resumed his behavior after a few weeks.

Hopewell Valley’s superintendent, Thomas Smith, claims all the allegations made were taken seriously, and involve police and prosecutors, and did remove the teacher from the classroom during the investigation.