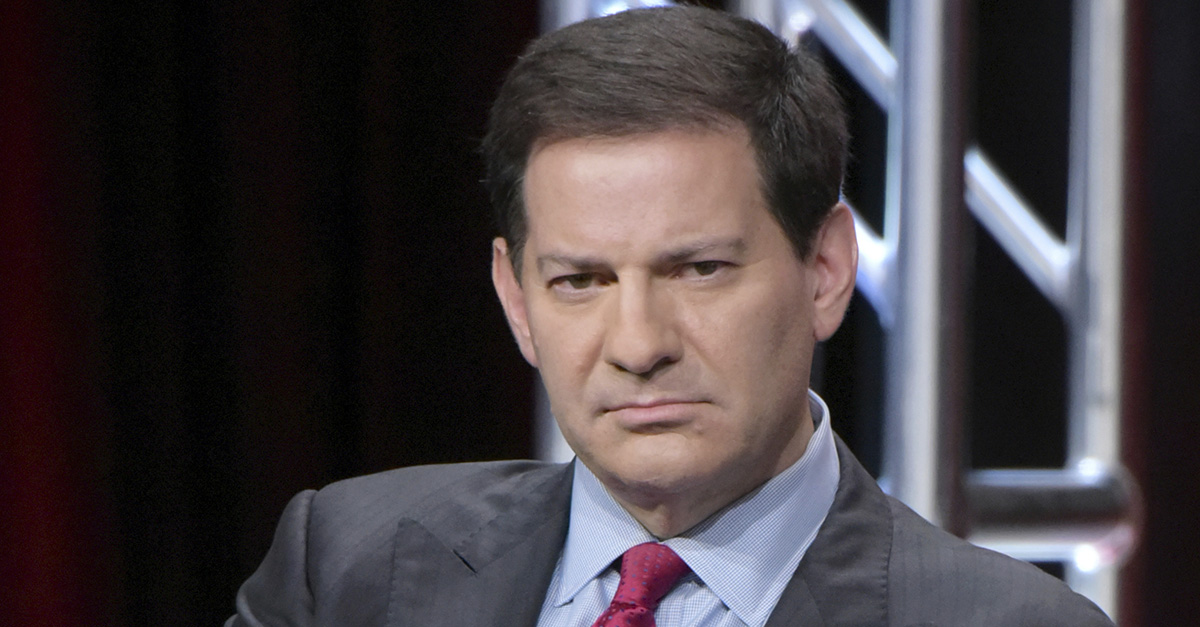 Richard Shotwell/Invision/AP, File
FILE - In this Aug. 11, 2016 file photo, producer Mark Halperin participate in "The Circus of Politics" panel during the Showtime Critics Association summer press tour in Beverly Hills, Calif. Veteran journalist Halperin is apologizing for what he terms "inappropriate" behavior after five women claimed he sexually harassed them while he was a top ABC News executive. The co-author of the best-selling book "Game Change" told CNN Wednesday night, Oct. 25, 2017, that he's "deeply sorry" and is taking a "step back" from day-to-day work to deal with the situation. (Photo by Richard Shotwell/Invision/AP, File)

MSNBC political analyst Mark Halperin has been dismissed from the network after five women came forward to accuse him of sexual harassment.

Halperin, who is a regular on “Morning Joe,” is accused of making advances on numerous women while he worked at ABC, according to a Wednesday night report from CNN. While he was one of the most respected political reporters on television and boasted an impressive resume, his former co-workers described a much different character when the cameras were off. One woman said that when Halperin was ABC’s political director, she went to his office, where “he just kissed [her] and grabbed [her] boobs.” Another recalled her first meeting with Halperin in his office, during which he “pressed his body on [hers], his penis, on [her] shoulder.”

RELATED: George H.W. Bush apologizes to “anyone he has offended” as a second actress comes forward

On Thursday morning, MSNBC said in a statement, “We find the story and the allegations very troubling,” and announced, “Mark Halperin is leaving his role as a contributor until the questions around his past conduct are fully understood.” In response to the report, Mika Brzezinski stated on air, “CNN is reporting allegations regarding our friend Mark Halperin during his time at ABC News over a decade ago. Unnamed sources detailing unwanted advances and inappropriate behavior … We are going to be following this story as it develops. I’m sure we’ll be talking about it again when we know more about it.” ABC claimed that no complaints were filed against Halperin.

Halperin was on Tuesday’s episode of “Morning Joe,” where he joined Brzezinski and Joe Scarborough to discuss President Trump. He also gave the following statement to CNN:

I did pursue relationships with women that I worked with, including some junior to me … I now understand from these accounts that my behavior was inappropriate and caused others pain. For that, I am deeply sorry and I apologize. Under the circumstances, I’m going to take a step back from my day-to-day work while I properly deal with this situation.