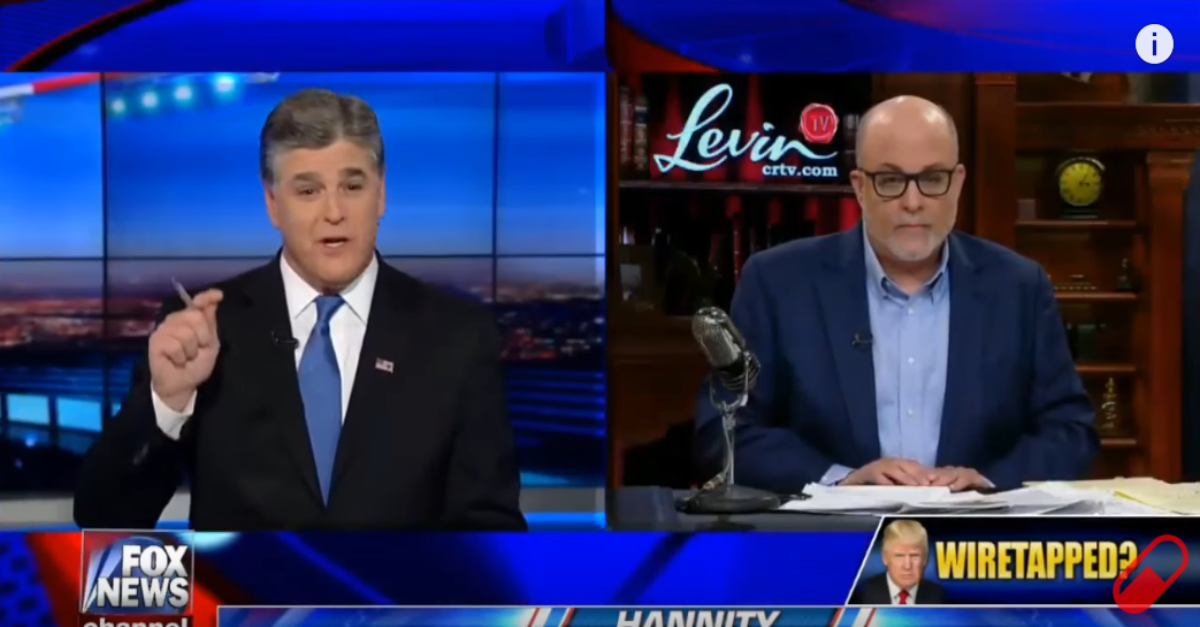 Conservative radio host Mark Levin has been one of the loudest voices accusing President Barack Obama of using “police state” tactics as commander-in-chief.

On Monday night, Levin appeared on Sean Hannity’s Fox News show to discuss the wiretapping allegations that took center stage after a series of tweets from President Donald Trump over the weekend.

Levin and Hannity both pointed out that the wiretapping allegations are not “the right-wing conspiracy,” and Levin stated that “the media is very confounded right now, they’re very confused.”

The radio host agreed with Hannity that the important issue is “what did Obama know.” He pointed out that “if a FISA warrant was secured, it’s very likely that…the president would be given a heads up.”

He moved on to blast the mainstream media, saying, “What are these wiretaps that the New York Times is talking about? I know they want to focus on Donald Trump and his tweets. I want to focus on America and the Constitution.”

Later in the show, he declared, “Rather than mock the president and his tweet, pay attention to what your own reporters and other reporters are saying.”

Levin’s appearance on Hannity’s show comes after a few days of constant feuds with the media. On Sunday, CNN host and former New York Times writer Brian Stelter published an article in which he argued that “Levin cherry-picked news stories that supported his thesis and omitted information that cut against it.”

Levin responded to that article with an open letter published on Breitbart in which he declared, “Your ad hominem attacks about ‘right wing’ radio host and conspiracy theory stuff…incredible. I simply put together the stories that YOUR profession reported, on the public record.”