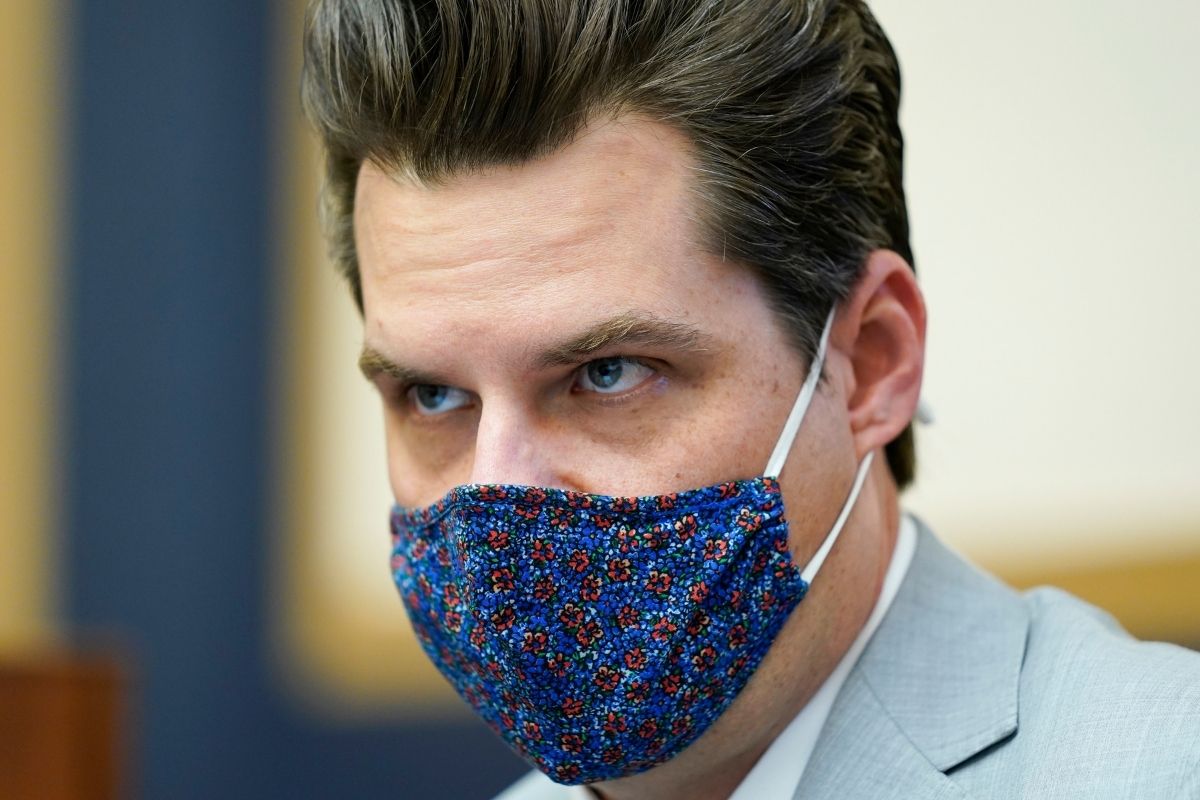 Matt Gaetz?s former friend, wingman, and colleague Joel Greenberg has now pled guilty to six charges including sex trafficking a child. This plea deal reduced Greenberg’s 33 counts to only six and ensures that Greenberg will cooperate with federal investigators. So it is NOT looking for Gaetz, who is currently under investigation for his own alleged sexual transaction with an underage girl.

The scandal surrounding Florida Republican Rep. Matt Gaetz is messy. So here’s a condensed list of the various crimes, gaffes, and allegations — compiled prior to Joel Greenberg’s recent guilty plea.

Sexual Relationship with an Underage Girl

Federal prosecutors are investigating whether Congress member Matt Gaetz had sex with a 17-year-old girl in 2019 and paid for her travel across state lines. Doing so would have violated federal sex trafficking laws. So far, investigators believe that Gaetz, along with his friend Joel Greenberg, paid many women for sex but only one appears to have been underage at the time.

The Gaetz associate Joel Greenberg is a former tax collector for Seminole County, Florida who was charged with 33 sex-related crimes and various forms of embezzlement. He and Gaetz were friends and political allies and the ongoing Department of Justice investigation suggests that Greenberg would meet women through the website Seeking Arrangements and then pay them for sex. It’s figured that Greenberg also introduced these women to Gaetz, who did the same.

Apparently, Greenberg has been cooperating with federal authorities since last year and is likely on his way to striking a plea deal with prosecutors. This could prove disastrous for his former friend, the GOP representative.

In May 2018, Gaetz sent Greenberg $900 via the money-transfer app Venmo. He captioned the charges “Test” and “hit up [redacted].” The next morning, Greenberg used Venmo to send three young women varying sums of money that totaled exactly $900. When Greenberg forwarded the money, he labeled the outgoing exchanges as ?Tuition,? ?School,? and ?School.?

Pleading For a “Blanket Pardon”

According to a report from the New York Times, Matt Gaetz sought a so-called “blanket pardon” from the White House before former president Donald Trump before he left office. In the final weeks of the Trump administration, Gaetz, a loyal Trump supporter, asked preemptively for blanket pardons for himself and unidentified colleagues for any crimes they may have committed. It’s now known that the sex trafficking investigation (which began by looking into Greenberg’s past) was opened by the DOJ in 2020 under Attorney General William P. Barr. The extent to which Gaetz was aware, however, is unclear.

Donald Trump maintains that Gaetz never directly requested a potential pardon from him. But, according to Gaetz’ 2020 book Firebrand: Dispatches from the Front Lines of the MAGA Revolution, Gaetz and Trump maintained a long and close relationship:

?The president has called me when I was in my car, asleep in the middle of the night on my Longworth Office cot, on the throne, on airplanes, in nightclubs, and even in the throes of passion (yes, I answered).?

Following the Capitol riot and subsequent impeachment last January, Gaetz suggested that those who stormed the building were part of an anti-fa mob. (You can read more about that here, in The Washington Post.) He remained loyal to the president. And now, in turn, Trump has defended Gaetz, releasing an official statement last week emphasizing that Gaetz “has totally denied the accusations against him.” However, the Fla. rep. is reportedly being denied a visit with Trump at Mar-a-Lago.

Nude Pictures on the House Floor

Allegedly Gaetz was known for showing off photos and videos of nude women on his phone to fellow lawmakers on the House floor. According to several sources in Washington — two of whom had personally witnessed this crude behavior –Gaetz would display the images proudly, talking about how he’d had sex with the women pictured. One of the videos showed a naked woman with a hula hoop, according to CNN.

In this awkward interview on Tucker Carlson Tonight, linked above, Carlson clearly tries to distance himself from his inflammatory guest. Gaetz also responds to the Times report, putting forth some wild claims regarding an extortion plot against his family and saying that his friend was a target of the FBI.

The Gaetz family has claimed they are targets of a larger extortion plot, organized by a former Justice Department official David McGee, meant to drain money from the Gaetz family. (Matt Gaetz’s father, Don Gaetz, was once Florida?s State Senate president.) A report from Axios outlines his defense in greater detail. You can view that here.

As for his history paying for female companions to travel with him, Gaetz said:

“I have definitely, in my single days, provided for women I’ve dated. You know, I’ve paid for flights, for hotel rooms. I?ve been, you know, generous as a partner. I think someone is trying to make that look criminal when it is not.”