Matt Gaetz Plans to Run for President in 2024, Only If Donald Trump Doesn’t 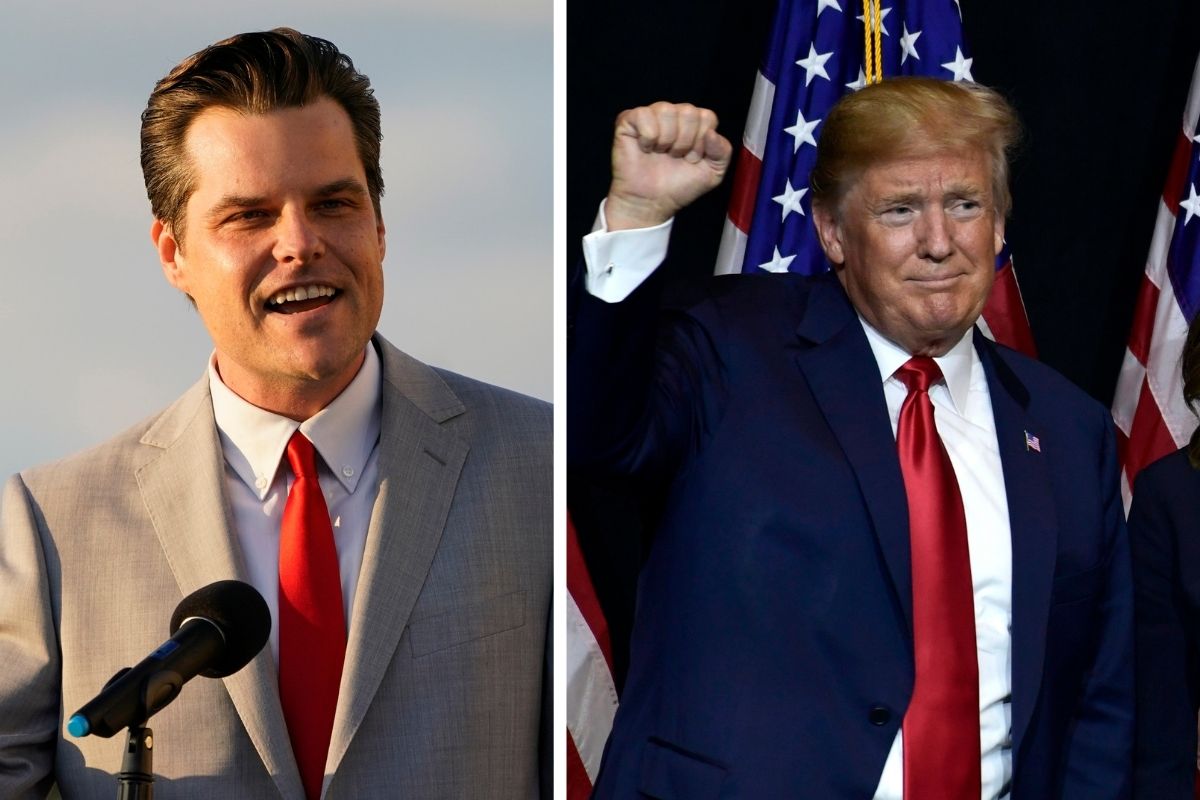 GOP Florida Congressman Rep. Matt Gaetz stated that he plans to run for the presidency in 2024 if former President Donald Trump decides not to run again. The congressman announced in a text message to the New York Post. He wrote, “I support Donald Trump for president. I’ve directly encouraged him to run and he gives me every indication he will. It’s Trump doesn’t run, I’m sure I could defeat whatever remains of Joe Biden by 2024.”

The comments come after Gaetz’s associate, Joel Greenberg, pleaded guilty last week to 6 federal charges, admitting that he knowingly solicited and paid for sex from a minor. Several legal commentators stated that Greenberg taking a plea deal may be a problem for the Florida Republican, who has a close connection to his dealings. Gaetz has not been charged with any crime and has denied all the allegations. Gaetz’s involvement in presidential politics comes time for an action that will likely be determined by the outcome of the federal investigation going on into his involvement with Greenberg.

“I support Donald Trump for president. I’ve directly encouraged him to run and he gives me every indication he will,” the Florida Republican texted The Post Wednesday. “If Trump doesn’t run, I’m sure I could defeat whatever remains of Joe Biden by 2024.”https://t.co/FlOmKiQfnE

According to a New York Post, several claims were made saying that Gaetz wants to run for president to help out Florida Gov. Ron DeSantis, a Republican. DeSantis is considered by several politicians on the list to be the Republican front-runner if Trump decides not to run in the presidential election. A source told NYP that, “Mr. DeSantis might, like someone else on the debate, stay until you can torch his opponent and lay down ground cover for him.”

During an interview with Fox News’ Mornings With Maria, former President Trump was asked by Maria Bartiromo about his plans for his presidential run to which he responded by saying, “Yes, 100 percent.” He stated, “And the polls show that everybody wants me to do it. One hundred percent I’m thinking about running, and we will, I think, be very successful.

Is Trump Running for Presdient in 2024?

He also made similar comments to Candance Owens during an interview on the Daily Wire Talk Show, Owens. He stated, “The answer is I’m absolutely enthused. I look forward to doing an announcement at the right time. As you know, it’s very early. But I think people are going to be very, very happy when I make a certain announcement.”