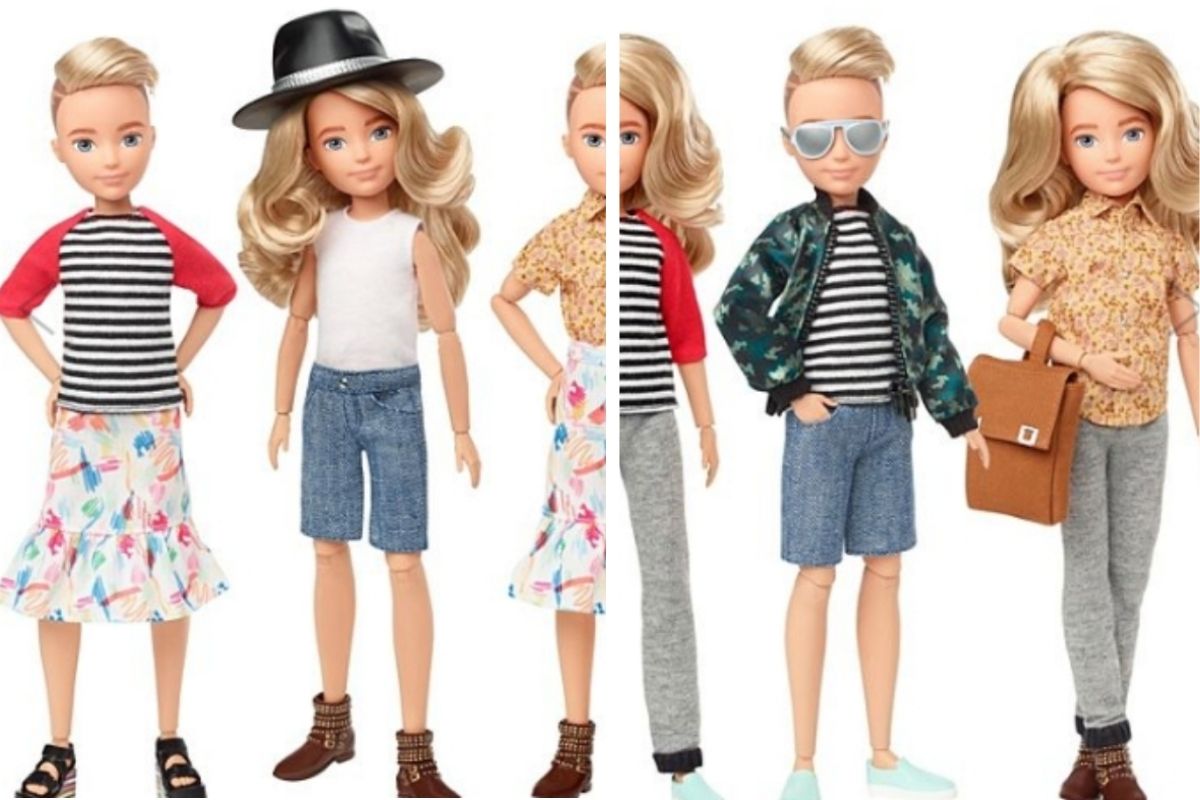 Some options are more masculine-presenting, and others are more feminine-presenting, which can allow kids to combine the elements any way they want to. Senior Vice President of Mattel Fashion Doll Design Kim Culmone stated, “We see this line as an opportunity for us to open up that dialogue around what dolls are for and who dolls are for, and also as the world begins the celebrate the positive impact of inclusivity, we absolutely fundamentally believed it was time to launch a doll line free of labels and free of rules for kids.”

‘A Doll For Everyone’: Meet Mattel’s Gender-Neutral Doll | TIME

The whole idea for the line of dolls comes from concern of both children and parents about the gender of the toys. The line consists of six different doll kits and have a retail price of $30. Calling it the world’s first gender-neutral doll, the dolls can be a boy, girl, neither, or both. They will be available in a variety of skin tones, and each kit includes one doll, two hairstyle options (one shorter, one long) and both masculine and feminine-coded clothes including tutus and camo pants, colorful skirts and jeans.

Mattel’s first promotional spot for the product features a series of kids who go by various pronouns including her, him, them, xem, and the slogan “A doll line designed to keep labels out and invite everyone in.? Mattel reportedly first tested the dolls with 250 families across seven states, including 15 children who all identified themselves as trans, gender-nonbinary or gender-fluid. You can find the new Creatable World Dolls at your local toy store or order them on Amazon.

Editor’s note: This article was originally published on September 25, 2019.