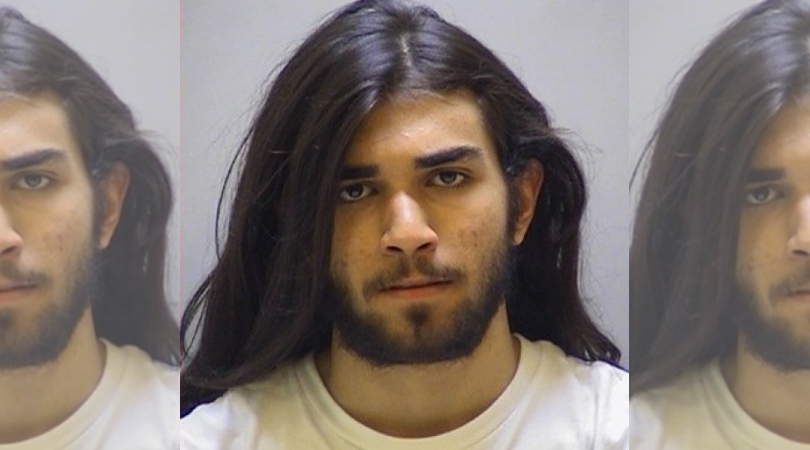 Straight out of our nightmare, a Tennessee man was arrested after a mother found him secretly living in their attic!  He was quickly arrested by authorities and charged with aggravated criminal trespassing. But it doesn’t stop there, he was later arrested again when he decided to return to the Mt. Juliet home a week later! Yes, double yikes.

According to the mother, she returned home last Wednesday and found the man standing at the top of the stairs in the home. She then yelled for him to get out of the house, again, and called the police. Scared, he ran into her 14-year-old daughter’s bedroom. The man had managed to hide in the ceiling rafters in the attic crawlspace above the girls closet, refusing to come out.

CREEPY: Police said 18-year-old Matthew Castro was living in the attic crawlspace in a 14-year-old girl's closet. He only came out of the crawlspace at night when the young girl secured her bedroom door. https://t.co/atRsegiRvC pic.twitter.com/XXhNbC1J0E

When officers arrived, for the second time, they had to physically crawl in after him to pull him out of the confined space. A taser was used to get him out and was taken into custody. He was later identified as 18-year-old Matthew C. Castro, a man who had been involved with the woman?s minor daughter!

So yeah, not only was this man living rent-free in their home, but he was cuddling up next to the 14-year-old girl. Authorities stated he had been living in the crawl space and coming down at night when she was in her room and locked her bedroom door.

Police previously got involved with the case after Castro and the minor attempted to run away together. According to Castro’s mother, her son suffers from mental health issues, and the 14-year-old would frequently call him to help her with her “own emotional problems”.

Castro’s first arrest occurred on May 30. This time around, he was given additional charges of trespassing, violating a protection order and unlawfully renting a home. Well, you know what they say, young love, dumb love.