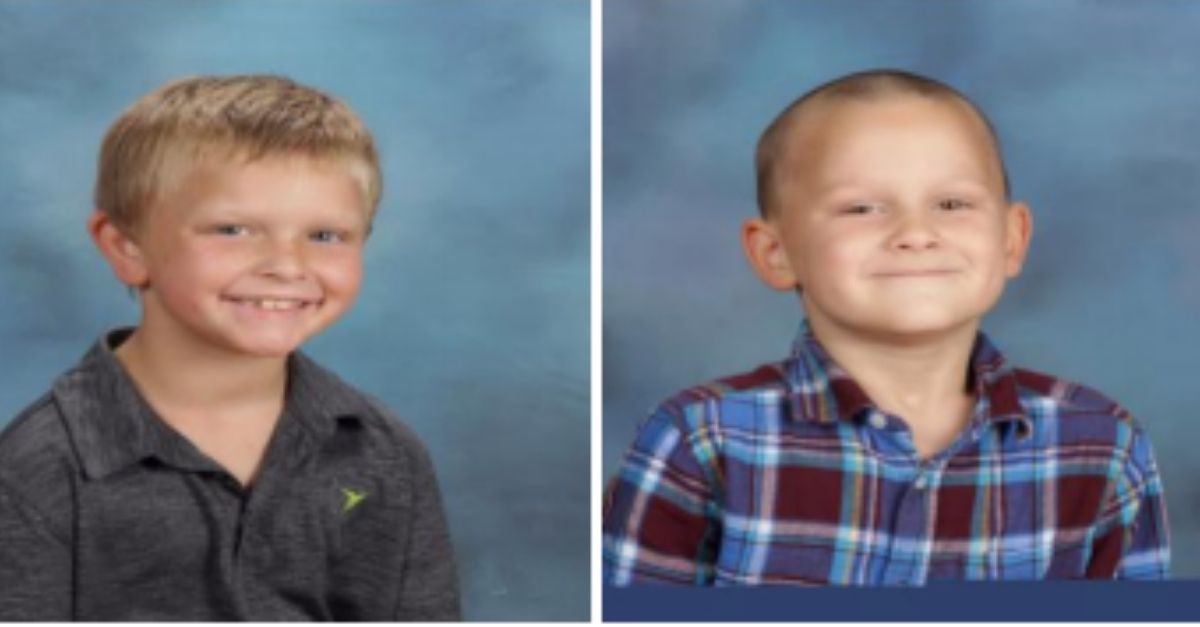 Editors Note: This article was originally published on September 18, 2020. It was updated on September 22, 2020, after authorities announced Mathew and Jerry Kinman were found safe.

The Aiken Department of Public Safety stated two missing South Carolina boys have officially been found safe in Florida. According to authorities, 9-year-old Matthew and 7-year-old Jerry Kinman were located in good condition at a home in Panama City Beach, Florida.

Their mother, Nancy Christina Kinman, who was initially wanted for questioning in connection to their disappearance, found with the boys. Aiken Police had initially issued an alert, saying that the boys had been taking from their bedroom at their home during the night.

Authorities are searching for two missing boys from South Carolina who were taken from their bedroom at their home on Thursday night on Deerwood Court. According to the Aiken Department of Public Safety, the boys, Matthew Kinman and Jerry Kinman seem to be in danger.

9-year-old Matthew is 4-feet tall and weighs 91 pounds, has blonde hair and blue eyes. 7-year-old Jerry is also 4-feet tall, weighing 55 lb has brown hair and brown eyes. Authorities around Aiken County are also looking for Nancy Christina Kinman, who is wanted for questioning regarding the boy’s disappearance and are asking for the public’s help.

FLOOD YOUR FEED! Police say 9-year-old Matthew and 7-year-old Jerry Kinman were taken from their bedroom in Aiken sometime during the night. https://t.co/ShHDQ57pp4 pic.twitter.com/N4RYAk8XWI

Kinman, who is the mom of the two boys, is said to be five foot two, weighing 185 lb, and has green eyes and blonde hair. She was last known to drive a 2005 maroon Toyota Camry with South Carolina license plate SIY391. The boy’s last known address is 53 Deerwood Court Aiken, SC.

If you have any information about the whereabouts of the missing juveniles, you are asked to call the Aiken Department of Public Safety Act 803-642-7620. Information can also be provided anonymously via Midlands Crime Stoppers at 888-274-6372.

Earlier this week, two girls also went missing in South Carolina. According to the Sheriff’s office, 13-year-old Emily and 10-year-old Mary Madison were reported missing by their family on September 17. They were last seen in their home in the 100 block of Wash A Way Drive. Authorities first found Mary, who was in an area near her home unharmed on Thursday.

Local police found Emily the next day, just before midnight. An investigation is currently underway after authorities determined that the disappearance of both girls was suspicious. Ther is no word on whether those concerns were founded.