When it comes to the Russian version of McDonald’s, you may not even want fries with whatever you order.

In fact, from the looks of things, you may not want to order at all.

Now mind you, this isn’t actually McDonald’s. The international fast-food giant closed up shop in Russia following the attack on Ukraine.

So what Russia has now is a cheap imitation, something called “Vkusno & Tochka.” It translates to “Tasty and that’s it.”

But that’s false advertising. Because clearly, it is so much more than tasty. It’s also moldy. And maybe worse.

As relayed by NDTV, customers of the Russian McDonald’s ripoff have posted pictures of moldy burgers, burgers infested with insects and birds pecking away at the burgers left for dead in the parking lot. (The burgers, not the birds. We think.)

Vkusno & Tochka has defended itself against these claims, despite the pictures of evidence, with a spokesperson telling Newsweek “product quality and safety is our top priority. When storing and preparing products, all necessary procedures are followed.

“We have already contacted the manufacturer for further clarification. And the entire batch, in which the product of inadequate quality was found, has been discarded.”

McDonald’s pulled out of Russia in March. Vkusno & Tochka claims it is sing the same equipment from McDonald’s and that everything but the name of the chain is the same.

This isn’t to say McDonald’s is in great shape quality-wise here in the US. Lately, it has been widely accused of lousy customer service and poor food quality, with things seemingly taking a considerable turn for the worse since the COVD-19 pandemic in March 2020.

But it sure probably beats ordering a not-so-happy meal from Vkusno & Tochka. 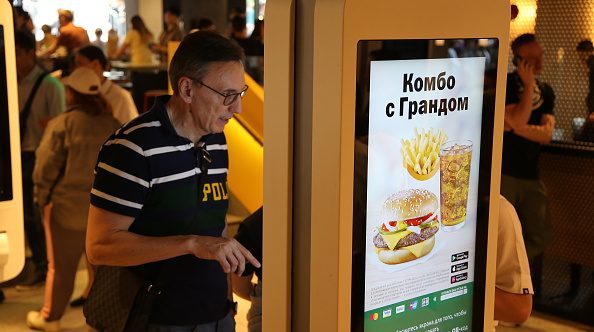