PETA Wants You to Stop Saying “Bringing Home the Bacon” 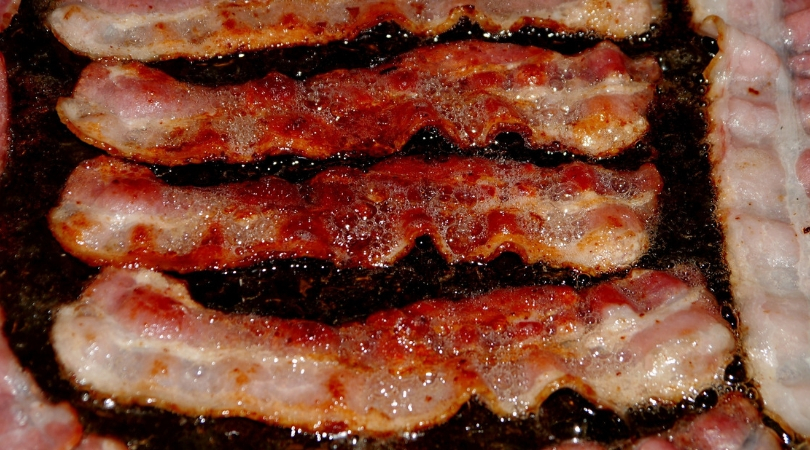 It looks like meat-eaters can’t get a break from vegans (and PETA), criticizing them for choosing to be carnivores. First, it was the animal crackers behind bars, then it was the milk drank by white supremacists, now, they are arguing idioms that involve meat products are offending vegans and vegetarians!

Yes, apparently vegans aren’t following the “sticks and stones may break my bones, but words will never hurt me” motto, arguing that these harmless quirks of the English language are offending animal rights activists, claiming they might end up being avoided altogether as a result.

According to research by “The Conversation”, activists explain how the meat-based metaphors are a popular staple of everyday vernacular, but an increased awareness in the ethical and environmental issues surrounding meat production will “undoubtedly” be reflected in our language and literature. Meaning…this language may “no longer be widely accepted.”

“Given that fiction often reflects on real world events and societal issues, it may very well be that down the line powerful meat metaphors are eschewed. The increased awareness of vegan issues will filter through consciousness to produce new modes of expression.”

Of course, PETA has backed up these claims, putting their foot in the door when it comes to idioms. For years, the organization has been campaigning for vegan and vegetarian-friendly phrases, urging teachers to not use these terrible, terrible sayings, that perpetuate violence towards animals.

The organization claims these idioms may seem harmless, but carry a meaning that can send mixed signals to students about the relationship between animals and humans that can “normalize abuse”. PETA is urging teachers to use friendly animal language, cultivating a positive relationship between all beings and help end the epidemic of youth violence toward any animal.

Now, this to me just seems a little bit too over the top. I get it PETA; I support you, I respect you, I understand where you’re coming from. But let us meat eaters live in peace for once. From someone who used to be a vegetarian for 7 years, this just seems ridiculous. Saying “killing two bird with one stone” won’t give me the urge to literally go out and throw a stone at two birds. Geesh, Louise. I’m exhausted.

How did the world react to the news? Well, I’ll just leave these tweets below.

I am a meat eater and wouldn’t dream of forcing my eating habits on others. I’m sick to death however of vegans & vegetarians telling the rest of us that there way is best! Each to their own and leave it at that.

Editors Note: this post was originally published on December 3, 2018.

Watch: Communicating With Your Dog