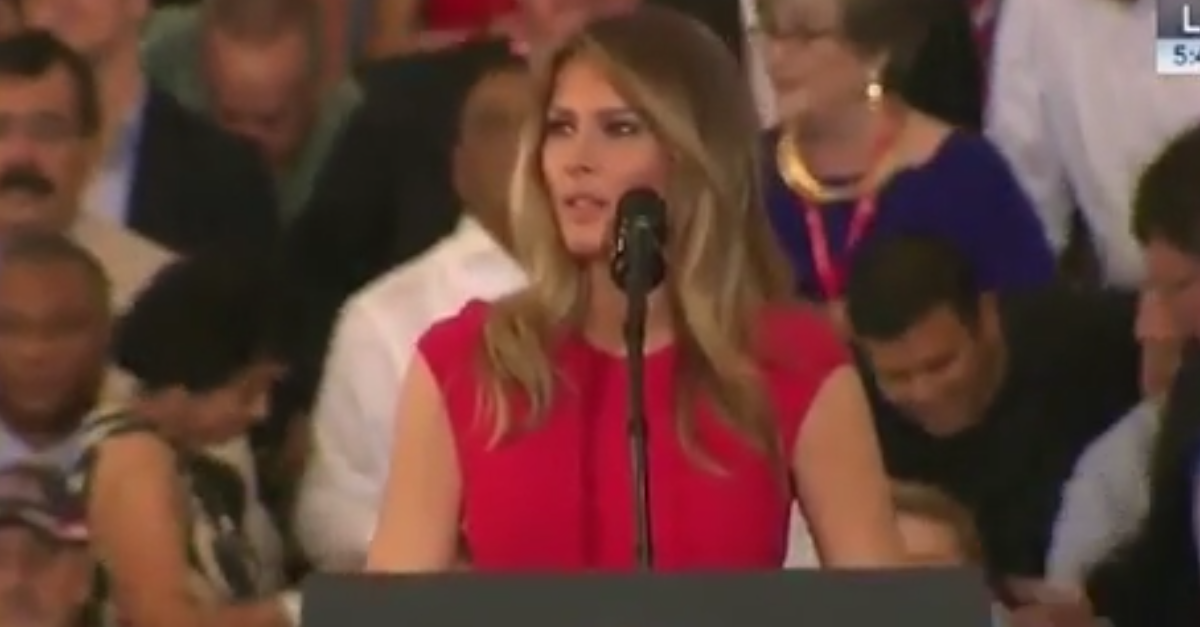 While Melania Trump has mostly stayed out of the spotlight since her husband was elected president, she broke from that mold at a rally in Melbourne, Fla., this past Saturday, according to the Daily Mail. Speaking out in defense of President Donald Trump, Melania first recited The Lord’s Prayer before the crowd that had gathered for the rally.

The first lady then began an impassioned defense of the Trump presidency, saying, “The America we envision is one that works for all Americans, and where all Americans can work and succeed — a nation committed to a greater civility and unity between people from all sides of the political divide.”

That statement comes after a contentious first month for President Trump, which has led to media commentators from all sides taking note of the divided state of America.

The first lady also pledged to remain true to herself and be truthful to her supporters, “no matter what the opposition is saying about [her],” a riposte to various critiques of her that have appeared in the media. The first lady also said she would pursue initiatives that were meaningful to her, particularly those for the benefit of women and children

She concluded her address by claiming that her husband was trying to create a country of “great safety and prosperity” and then ceding the microphone to him.