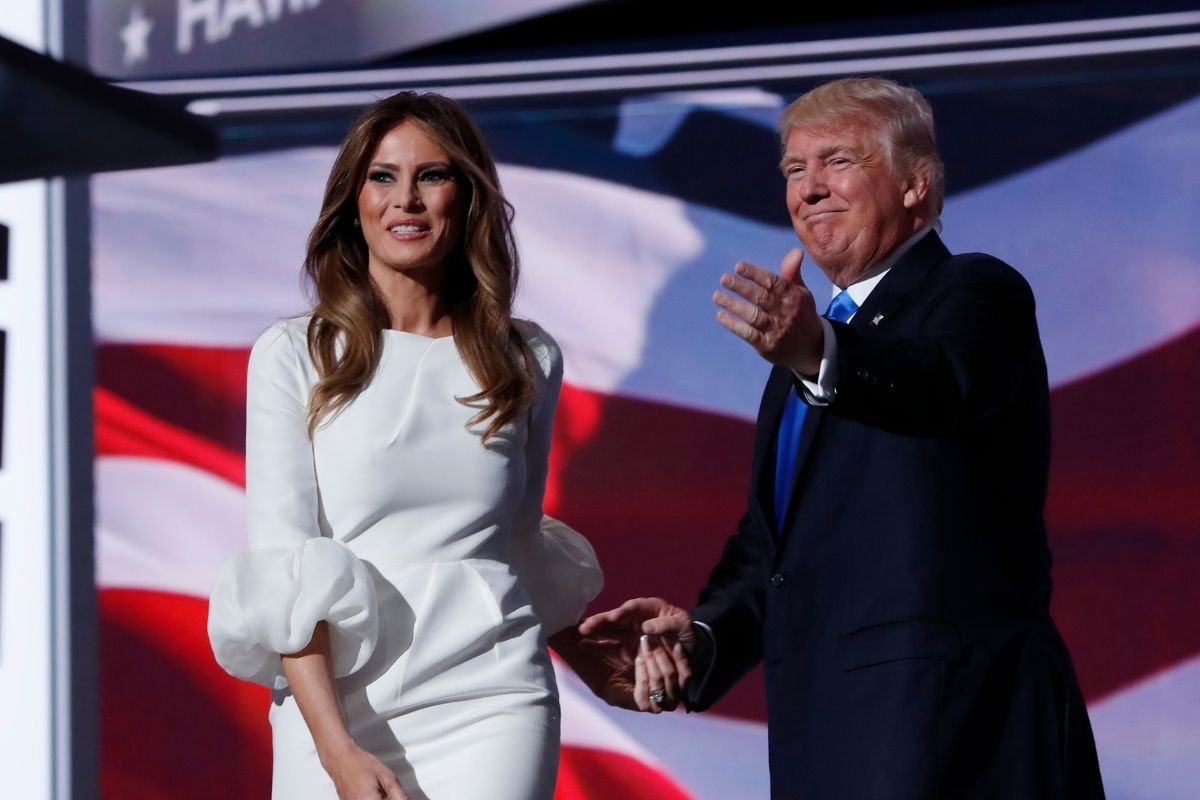 Former First Lady Melania Trump is the latest person to be criticized on social media. After Buckingham Palace announced that the Duke of Edinburgh had tragically died on Friday, April 9th at Windsor Castle, Melania reached out to pay her condolences. Melania took to Twitter writing, “President Trump and I extend our deepest condolences to Her Majesty the Queen, the Royal Family, and the people of Great Britain as the world mourns the loss of Prince Philip.”

As expected, her post faced immediate criticism for referring to Donald Trump as president, with one Twitter user writing, “You mean former president, twice impeached.” Another user asked if she was suffering from memory loss while several others pointed out that Trump joins nine other leaders who didn’t get a second term in the White House. Defending her words, one user pointed out that it’s a custom to refer to all former Presidents as “President” even though their term is over.

Trump, who visited the Royal family back in 2019, also paid his respect to the late Duke, describing Philip as a “man who embodied the noble soul and proud spirit of the United Kingdom and the Commonwealth.?” He also noted that his death was an irreplaceable loss for Great Britain, “and for all who hold dear our civilization? Prince Philip defined British dignity and grace. He personified the quiet reserve, stern fortitude, and unbending integrity of the United Kingdom.”

He continued, ?Over the past few years, Melania and I were honoured to have the opportunity to visit the United Kingdom. We saw first hand how the monarchy epitomizes and carries on the virtues of the British people ? and no-one did so more than Prince Philip.” Buckingham Palace announced that the Duke of Edinburgh’s funeral will be held on April 17th at St. George’s Chapel.

‘An Irreplaceable Loss for Great Britain’

All presidents, prior or current, keep the title of President!

It will then be confined to Windsor Castle after eight-minute ceremonial processing within castle grounds. Queen Elizabeth II, his Royal Highness’ children, and grandchildren are said to be in attendance. Prince Harry will travel from California for the funeral, but Meghan Markle, the Duchess of Sussex, has been advised against travel by her doctor.