Melania Trump never cared for tradition. From the joylessly wacky Christmas decor to an occasionally obvious ire for her husband, Melania Trump was always an unconventional First Lady. In personal style, that was a statement. But for many Americans, Melania’s makeover of the White House Rose Garden was simply too out of touch. Now, under the tenure of First Lady Jill Biden, a petition has formed to restore the Rose Garden — created by Jacqueline Kennedy — to its former glory. On social media, it’s gaining steam.

In 1961, under President John F. Kennedy, the White House garden which borders the Oval Office and the West Wing was renovated extensively. Designed by Rachel Lambert Mellon (known as Bunny Mellon) and overseen by First Lady Jackie Kennedy, the colonial space was transformed into a green central lawn bordered by flower beds. The style was inspired by gardens the Kennedys had enjoyed on their European tour but was filled with primarily American plants. There were pink “Katherine” crabapples, boxwood, and magnolia trees, in addition to flowers: several species of roses in addition to tulips, daffodils, hyacinths, and more.

Since then, the White House Rose Garden has become a typical and recognizable locale of American politics through press conferences and other events.

During the Trump administration, First Lady Melania Trump unveiled a redesign of the White House grounds. Designed by Oehme, van Sweden and Perry Guillot, the new garden featured a wide limestone path (to comply with the Americans with Disabilities Act). Most notably though, Kennedy’s beloved crabapple trees were relocated elsewhere and replaced with Spring Snow. But disappointingly, those new trees did not thrive in the environment.

To see the result of Trump’s renovation, check out the video from Reuters above.

For botanical enthusiasts, the start of Joe Biden’s presidency is brimming with possibilities. Not just for the country but for the once-iconic Rose Garden! A Change.org petition was formed calling on First Lady Jill Biden and Second Gentleman Doug Emhoff to pick up this pastel-colored cause. In addition to outlining the history of the Washington D.C. Rose Garden, the petition states:

“In 2019, Melania Trump had the cherry trees, a gift from Japan, removed as well as the rest of the foliage and replaced with a boring tribute to herself. Jackie’s legacy was ripped away from Americans who remembered all that the Kennedy’s meant to us. We want Jill Biden and Doug Emhoff to take this on and restore the Rose Garden to Jackie’s original design.”

So far, there’s no comment from Biden or Emhoff… but the petition has already garnered more than 72,000 signatures. Obviously, history buffs want the classic Rose Garden to look restored. But as the current First Lady continuously flexes her fashion sense, there’s no doubt she’d have her own embellishments to add. 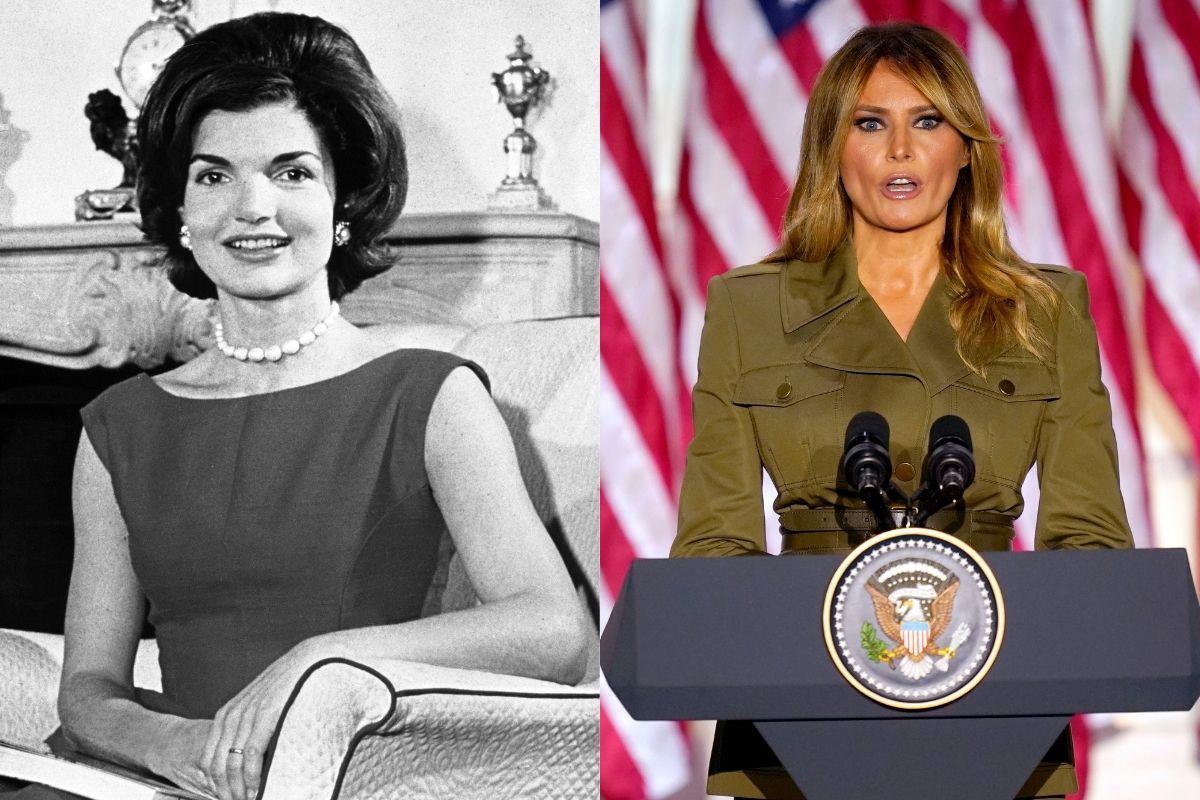