Melania Trump thought these teens showed up for her, but a K-pop star stole her thunder 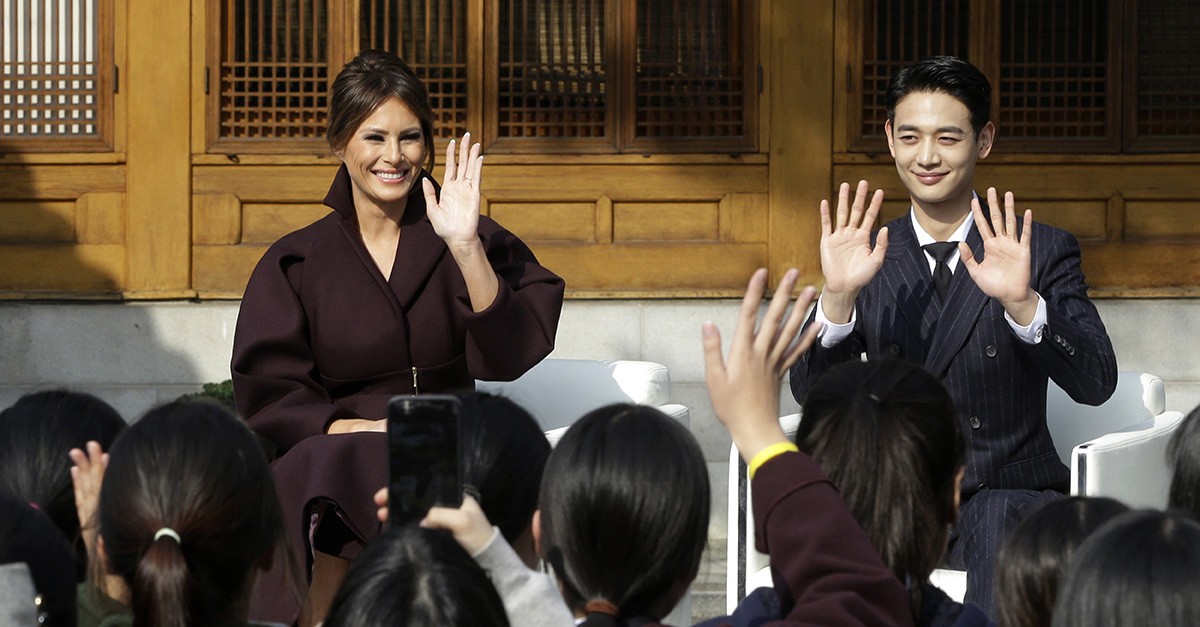 It’s rare that Melania Trump is ever overlooked, but that was exactly the case when a few Korean teens saw their fave celebrity next to her.

RELATED: Some are wondering if Hope Hicks “upstaged” Melania Trump with her bold fashion choice

During an appearance on in South Korea for President’s Trump Asian tour, Melania Trump was greeted onstage by a group of middle school students. The Nov. 7 video shows her giving one of them a hug and the girls burst into glee, but as it turns out, they were far more interested in the person standing just behind the First Lady.

The giggling teens were actually looking at Choi Min-ho, a member of massive K-pop boy band SHINee. The footage of Melania being outshined went viral in South Korean media.

I CANT BREATHEE SHE THOUGHT HER FRIEND WAS GETTING ALL EXCITED OVER MELANIA BUT THEN SHE TURNED AROUND AND SAW MINHO pic.twitter.com/YJcvROu6M0

the appropriate reaction when you realize you're standing in front of minho https://t.co/c3GjW80JqY

One Twitter user commended the First Lady for gracefully handling being overshadowed by the Korean celebrity.

Melania was visiting the U.S. ambassador’s residence in Seoul, South Korea to give a speech about the importance of girls in sports while promoting the 2018 Olympic Winter Games in PyeongChang, reports ABC News. South Korea is the third stop on President Trump’s tour of the Asian nations. While Melania took her place at the event, “Girls Play 2!,” President Trump met with South Korean President Moon Jae-in. Before they return to the United States, the First Couple will have made additional stops in Japan, China, Vietnam and the Philippines.