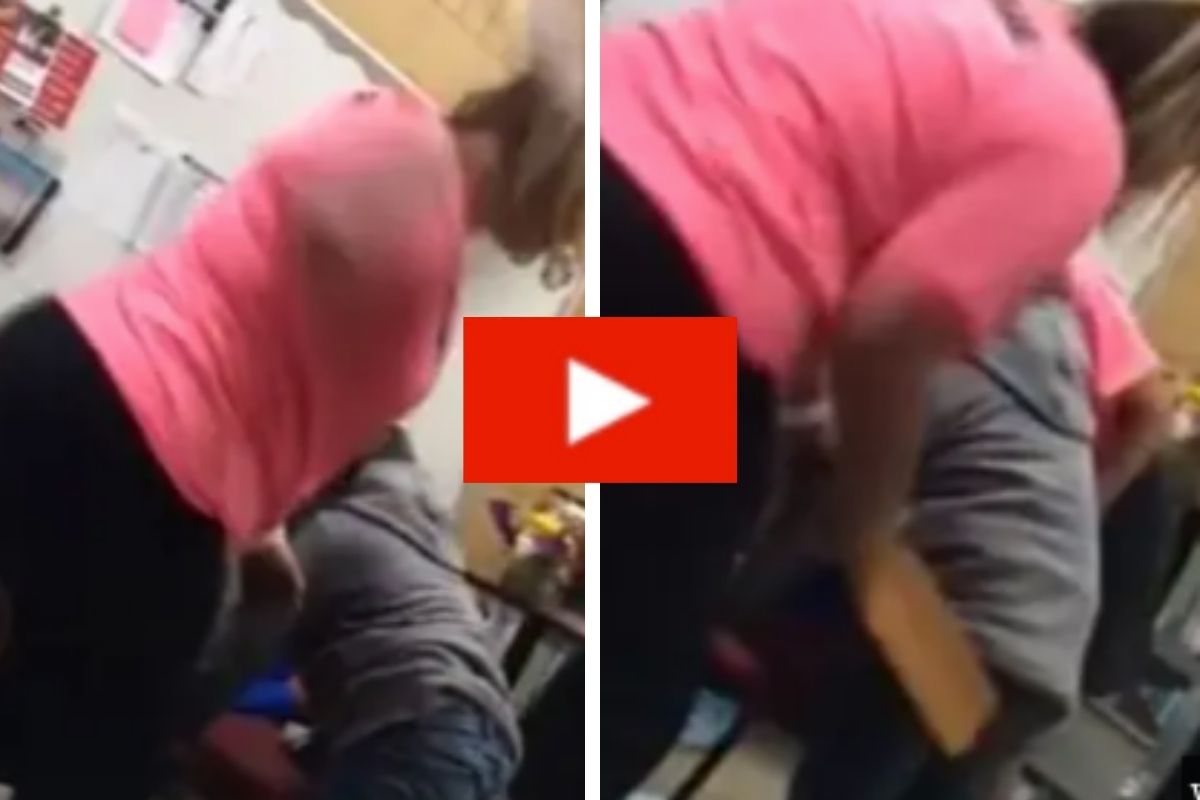 A mother in Clewiston, Florida, felt too trapped in witnessing the horror that went on at her child’s school, after watching her own daughter get beat by a wooden paddle by the school’s principal. Melissa Carter, the principal at Central Elementary School, was caught on film by the unnamed mother, handing out a punishment that required the mother’s 6 year old to bend over as Carter hit her backside repeatedly with this wooden paddle.

The mother, remaining unnamed to protect her and her child’s identity, was called into the school because her daughter had caused $50 worth of damage to a computer. However, when she had gotten there, she found herself filming the paddling without interfering because she was too shocked and scared to step up and stop what was happening. Speaking little English, the mother said in Spanish, ” I had never hit her… The hatred with which she hit my daughter, I mean it was a hatred that, really I’ve never hit my daughter like she hit her.”

So she did the next best thing she felt like she could do in this situation. Realizing that there were no surveillance cameras around, she secretly filmed the school principal with a cellphone from peeking from her purse, painfully watching what was happening to her daughter. “Nobody would have believed me. I sacrificed my daughter, so all parents can realize what’s happening in this school. I’m going to get justice for my daughter because if I could not do it in front of her, I’m going to do it with justice,” she had explained to WINK News.

According to the Hendry County Sheriff’s Office report, the Clewiston Police Department is now investigating, as told by WINK News. And although some school districts in Florida do allow corporal punishment, the Hendry County School District does not. Brent Probinsky, the family’s lawyer, said that police also have turned the investigation over to the State Attorney’s Office for the 20th Judicial Circuit. Their office is deciding whether they want to bring criminal charges not only against Carter but also Cecilia Self, a clerk at the school who was also in the video.

Probinsky says that because the school district does not allow corporal punishment, that this crime is considered aggravated battery, and that the consequences can be far more long-lasting than the physical abuse. The mother is worried about the psychological damage that could’ve been done, especially when the school’s policy is to “do not demean students” and “do not tend to violate any individual rights constitutionally guaranteed to students.