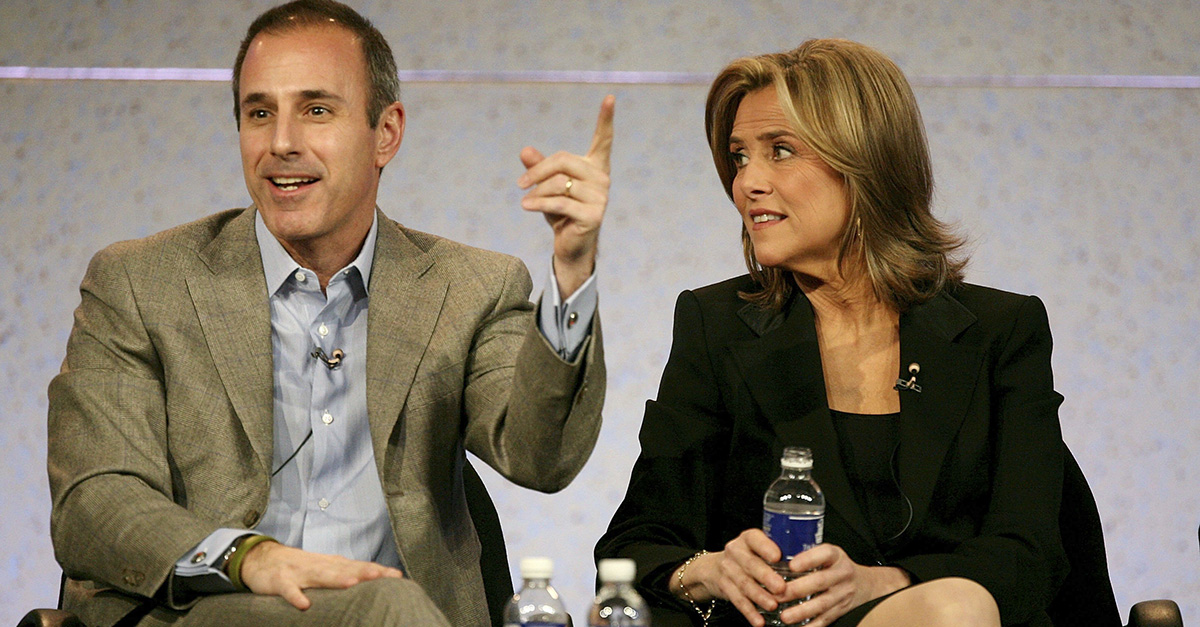 Meredith Vieira found one hell of a bag of tricks when she found a bag of sex toys in Matt Lauer’s office at 30 Rock.

Vieira teased her former “TODAY” colleague during a segment on her series “The Meredith Vieira Show” in May 2016.

“You had a huge bag of sex toys, yes you did, in your closet, Matt,? she teased in the segment.

Vieira denied Lauer’s claims saying she didn’t remember having a sex therapist on at all during her time on “TODAY.”

“When she left, she gave each of us a shopping bag of stuff,? Lauer explained as Vieira chimed in saying she wasn’t giving a bag of goodies like that. “I didn’t know what to do. I put it in my closet in the dressing room and the next day, we had Laura Bush on the show.”

Lauer recounted that Secret Service brought their dogs through his office for a security sweep before the then-First Lady appeared on “TODAY.”

RELATED: Padma Lakshmi opens up about the mood on the set of ?TODAY? after Matt Lauer was fired

This isn’t the first that has surfaced of Lauer’s alleged inappropriate behavior on “TODAY.” Following news that he was fired, TMZ ran a 2012 clip of former co-host Katie Couric telling Andy Cohen that Lauer liked to pinch her ass “a lot.”

Lauer was fired from NBC onfter a female colleague came forward on Wednesday with sexual assault allegations against him. On Thursday, he released a statement that was read on the broadcast.