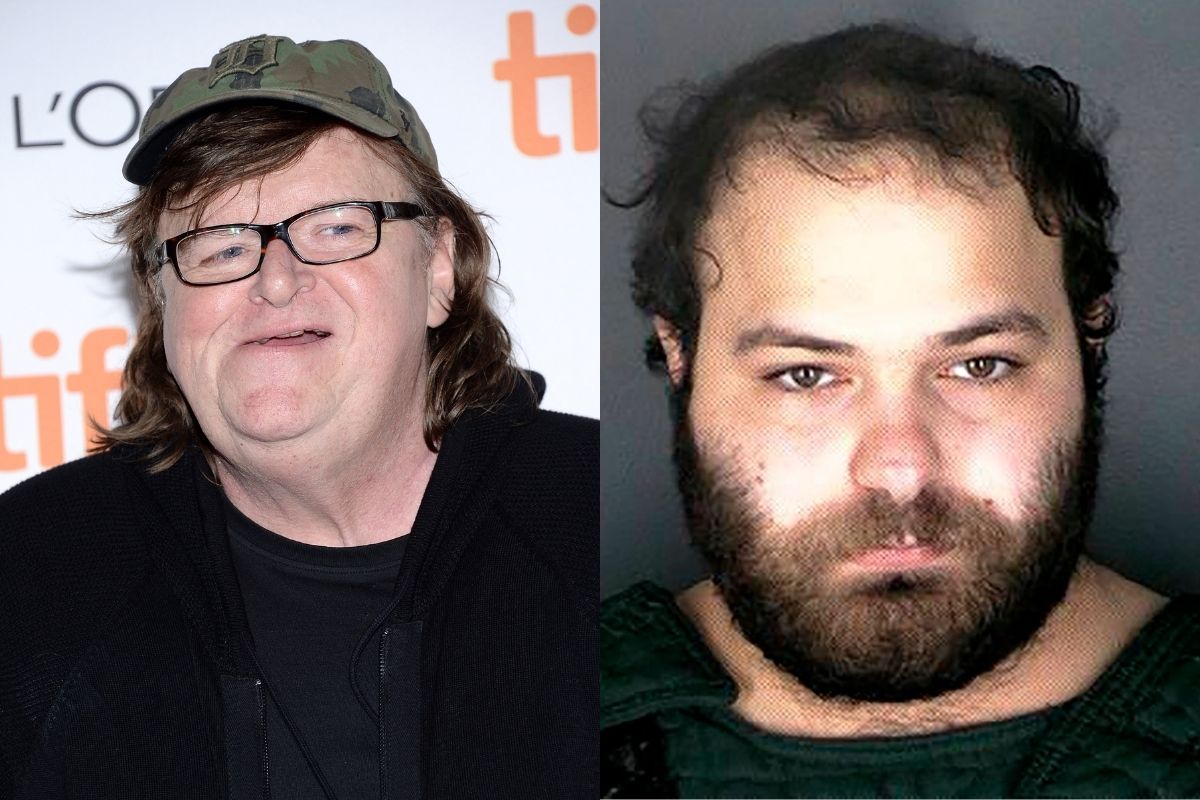 It’s been 18 years since filmmaker Michael Moore won an Oscar for his documentary feature, Bowling For Columbine. Using the Columbine High School massacre as an entry point, Bowling For Columbine examined America’s violent gun culture and how it led to such a horrific shooting. At the time, the tragedy at Columbine High School seemed like an anomaly. Of course, after more than a decade of mass shootings, we know that’s not the case. Now the most recent mass shooting, at a grocery store in Boulder, Colorado, has devastated the country — and Michael Moore.

Moore shared an emotional Facebook post yesterday, reflecting on the Colorado shooting and the troubling legacy of his 2002 documentary film. But it’s another social media post by Moore that’s facing backlash: a facetious tweet linking the Boulder shooter to America’s “beloved” tradition of guns.

Michael Moore made a name for himself in 1989 with his debut documentary, Roger & Me. It scrutinized the effects of General Motors factory closures in Moore’s hometown of Flint, Michigan, specifically calling out GM CEO Roger B. Smith. In 2002, with the release of Bowling For Columbine, Moore utilized the same in-your-face, satirical tactics to criticize GOP lawmakers, the NRA, K-Mart, and every other corporation which lobbies for firearms to remain a core — and profitable — cornerstone of American culture. Bowling For Columbine became the highest-grossing documentary of all time — a record which Moore broke himself, two years later, with Fahrenheit 9/11. Since, Moore has remained a loud voice in U.S. discourse regarding politics, breaking news, and of course, gun control.

We are three months into 2021, with the Coronavirus pandemic raging on, and there have already been three large-scale mass shootings: at a spa in Atlanta, Georgia, a gas station in Springfield, Missouri, and now, at a grocery store in Boulder, Colorado. On Monday, March 22, a gunman entered the King Soopers Supermarket and opened fire, killing ten people including one member of the Boulder Police Department. The shooting suspect has now been identified as Ahmad Al Aliwi Alissa. Law enforcement officials are still revealing details about Alissa, who reportedly was armed with a handgun, semiautomatic rifle, and armored vest when committing the deadly crime. The suspect is currently being held in police custody on 10 counts of first-degree murder.

Journalists are now scrambling to piece together Alissa’s life. His heritage has been revealed as Syrian, having emigrated from Syria to the U.S. with his family in 2002. This personal culture has quickly become a media fascination as shooting perpetrators are so often white men. On Twitter, Michael Moore jumped on that noted irregularity to make a larger point about gun violence in our country.

The life of Ahmad Al Aliwi Alissa shows that people can come from all over the world and truly assimilate into our beloved American culture. pic.twitter.com/snDMnGUG0i

The tweet, which reads “The life of Ahmad Al Aliwi Alissa shows that people can come from all over the world and truly assimilate into our beloved American culture” features a photo of the Statue of Liberty, driving home the point that Alissa, in all his bloody infamy, is a true American. The damning commentary quickly became a trending topic with many social media users decrying such a flippant tone in the wake of a community tragedy. But on his Facebook page, Moore offered more context for his comments and presents, in more detail, the serious and dire situation at hand.

18 years ago tonight, on March 23, 2003, we received the Academy Award for “Bowling for Columbine”. We made this film with the hopes that, by suggesting ideas on how we could be a less violent country, the Columbine massacre would be not just the first, but the LAST, of these mass shootings. Instead it became the template for dozens, hundreds of gruesome mass slayings. Hopelessly lost in our American Way, we now don’t know how to bring it all to an end.

On that night 18 years ago, just as our film had drawn the connection between gun violence and our hugely violent American history (genocide, slavery, invading countries), when I accepted that Oscar – it was the fifth night of the Bush massacre we call the Iraq War – I felt the need to state the obvious.