The now-former Republican President Donald Trump spent his last days in the White House on a pardoning binge, granting clemency to a number of people that hits three digits. Included in the list of pardons were 65-year-old Michael Pelletier and 41-year-old Corvain Cooper, who received prison commutations from originally having to serve life sentences for marijuana-related cases. And both were imprisoned without parole under now Democrat President Joe Biden’s 1994 crime bill.

Who Are They and What Happened?

Michael Pelletier was given a life sentence for smuggling marijuana from Canada into Maine back in the early 2000s. Pelletier has been paralyzed from the waist down from a farm accident he was in when he was a child, making him paraplegic. During his imprisonment, he also contracted COVID-19. He said,

“I don’t have much strength in my arms due to lack of physical therapy, so the prison staff hired another prisoner to push me around the compound. He died from COVID. I also contracted COVID, but fortunately, I survived, even though I have stage-2 diabetes. My clemency petition was submitted during the Obama clemency project but was never ruled on. It’s still pending today and I honestly believe President Trump will be the man who will end this nightmare and reunite me with my family.”

Amy Povah, the founder of the CAN-DO Foundation–“which lobbies for clemency for lesser-known people”– has been handling Pelletier’s case for years, said that she’s, “elated that [Pelletier’s] sentence has finally been commuted. He served over 14 years and will be reunited with his brother, Dave Pelletier, numerous other siblings and family members. Michael is an amazing artist who will continue to pursue his artistic expressions through several mediums, and he yearns to go fishing.”

Corvain Cooper was given a life sentence for his role as, “a source of supply in a drug conspiracy involving marijuana trafficking and financial crimes,” according to Anne M. Tompkins, U.S. Attorney for the Western District of North Carolina. Biden’s crime bill mandated a life sentence for a third serious drug conviction, which was reduced to 25 years under Trump’s First Step Act. But in Cooper’s case, it wasn’t applied retroactively.

His attorney, Patrick Michael Megaro, told the New York Post, “Biden is responsible for the 1994 crime law that [resulted in] Corvain Cooper being sentenced to life imprisonment without the possibility of parole for marijuana and the Obama-Biden administration was directly responsible for the prosecution,” and continued with how “the system failed Corvain Cooper; Barack Obama’s promises not to seek lengthy prison sentences for non-violent drug offenders and to grant clemency to those that were unjustly impacted proved to be hollow promises.”

Both will now get to rejoin their families.

Who Else Did Trump Pardon?

73-year-old John Knock was also granted clemency after serving a life sentence for his role in a smuggling ring that was moving marijuana throughout the U.S., Canada, and Europe. His clemency request was actually denied by former President Barack Obama back in 2017, but his sister, Beth Curtis, created the website LifeforPot.com, which documents life sentences for non-violent crimes.

With the inauguration of now President Joe Biden and Vice President Kamala Harris into the White House, much reform is still to be done as recreational marijuana is legal under local in 15 states but still federally illegal. Regardless, changes are being made in American history, and who knows what is going to happen now.

Watch: Joe Biden Sworn in as 46th President of The United States 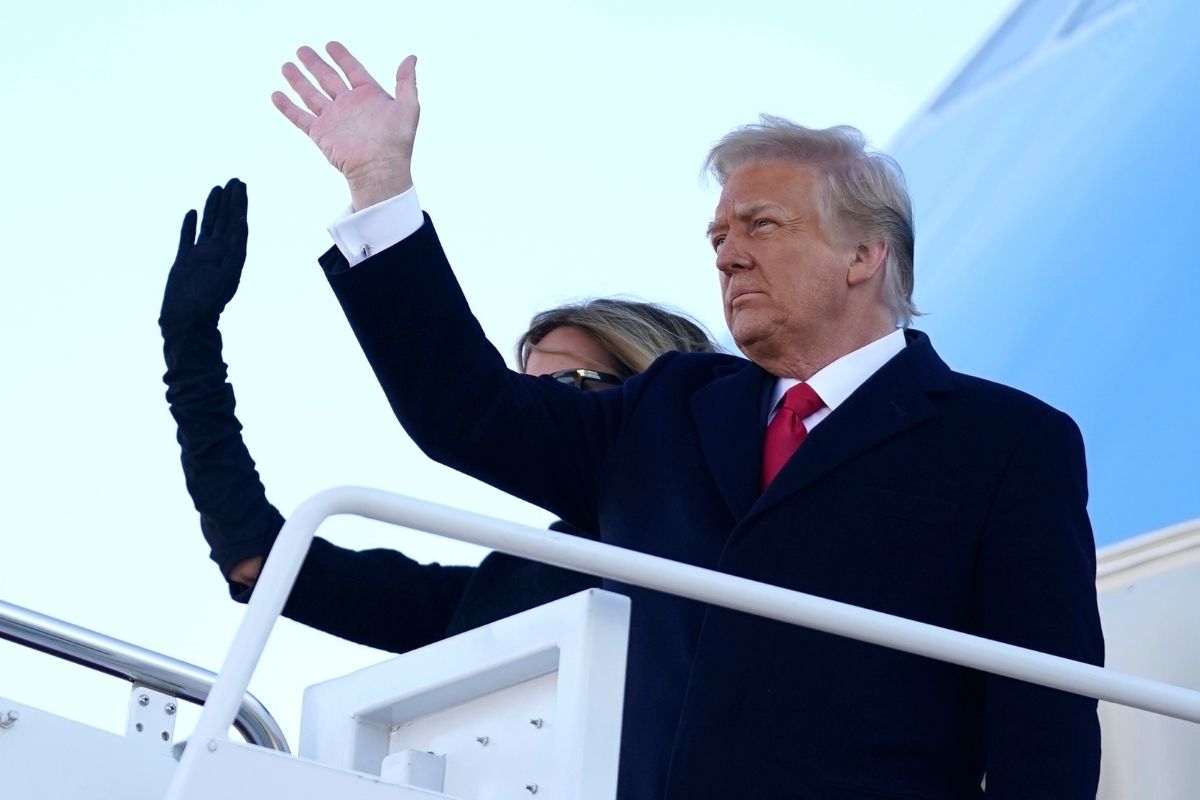