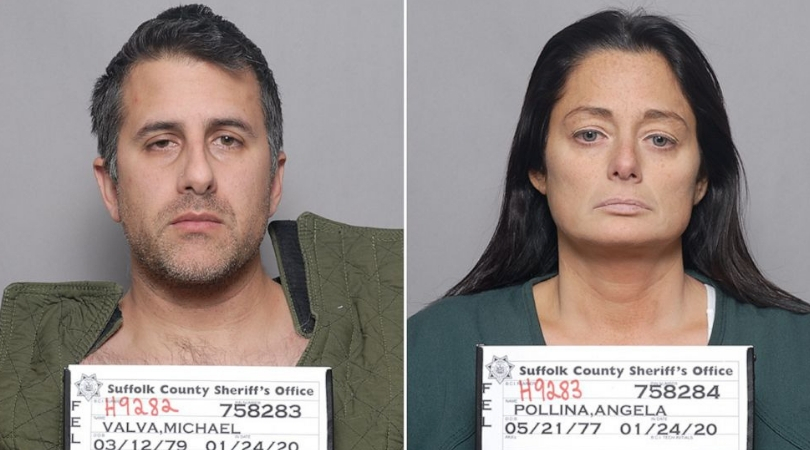 An 8-year-old boy with autism died of hypothermia after his father, who is an NYPD cop, allegedly placed him inside a freezing garage as temperatures dropped below zero. According to Suffolk County police, 40-year-old Michael Valva was arrested, along with his 42-year-old fiancee, Angela Pollina, for the second-degree murder of Thomas Valva.

Valva called 911 on January 17, 2020, to report that Thomas had fallen on the driveway of their home around 9:30 in the morning in Center Moriches, New York while waiting for his school bus. The boy was taken to Long Island Community Hospital where according to the Suffolk County Police Commissioner, Geraldine Hart, his ?body temperature was 76 degrees.? She stated, “Thomas Valva was subjected to freezing temperatures in the homes, unheated garage, overnight when the outside temperature was 19 degrees.

After an investigation into Thomas? death, Valva launched a GoFundMe to cover the cost of his son?s funeral expenses. The donations to the now-defunct fundraiser surpassed Valva?s request of a $10,000 goal. Police then found that Thomas? head and facial injuries were inconsistent with the father’s description of the 911 call, and found there was a history of reports to child protective service.

Suffolk County District Attorney Timothy Sini stated the couple not only lied to police officers and to the EMT but failed to render any type of meaningful aid. The medical examiner ruled the boy?s death a homicide and found that hypothermia was a ?major contributing factor.? Suffolk County Judge Edward J. Hennessey ordered both Pollina and Valva to be held without bail. The case is said to be presented to a grand jury on January 29.

The boy?s mother, Justyna Zubko Valva, had previously begged a family court judge to remove their children from the former cop?s custody or ?they were going to die.? Zubko Vlava spoke with News12 Long Island, stating, “Every time I kept telling the judge, ‘if you’re not going to remove the children, they are going to die under his care and custody. There was evidence, hard evidence. Reports filed. Children were telling me too about the abuse.”

Valva has two other sons, ages 6 and 10, and Pollina has twin 11-year-old daughter and a 6-year-old daughter. According to Sini, the 10-year-old and the 8-year-old boys were both on the autism spectrum and were at times ?forced to sleep in the garage.? According to online records, Valva joined the New York Police Department back in 2005, he reportedly earned $100,000 in 2019. The transit cop was suspended without pay. If convicted, the couple faces 25 years to life in prison.

Watch: The Disturbing Truth of Chris Benoit?s Double-Murder and Suicide