Michelle Obama Named 2019’s ‘Most Admired Woman’ in the World 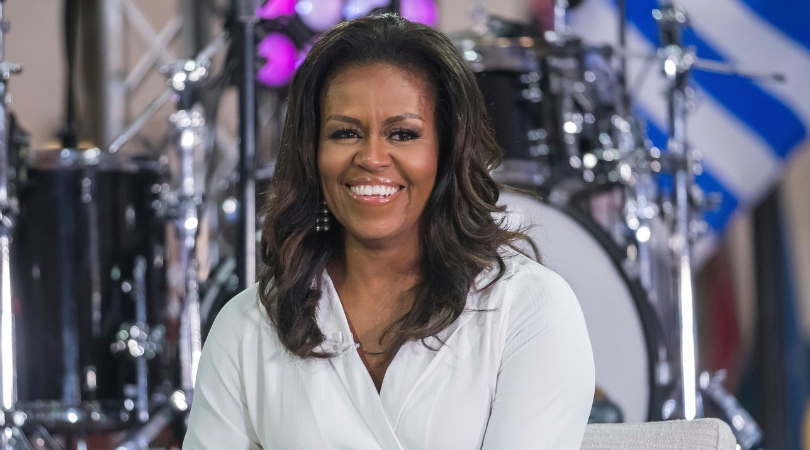 Editor’s note: This post was originally published on July 22, 2019, when Michelle Obama was named 2019’s most admired woman in the world by YouGov. It was updated on December 31, 2019, after the former first lady was also named the most admired woman for 2019 by a new Gallup poll.

According to Gallup, the 55-year-old was the only woman to rank in double-digits with a total of 10 percent. After Obama and Trump, who garnered 5% of the votes, popular talk show host Oprah Winfrey and teen climate change activist Greta Thunberg tied for fourth place with 3 percent each on the most admired woman’s list.

Michelle Obama is the most admired woman in the U.S.
She came 1st in @Gallup's annual poll for the 2nd year in a row, ahead of:

Since 1948, Gallup has asked Americans each year to name which woman and man living anywhere in the world they admire the most. This year’s results are based on a December 2nd to December 15th poll by Gallup.

Obama has been keeping busy since former President Barack Obama left office. The former first lady’s memoir, Becoming, was the best selling book of 2018. She may also soon be able to add a Grammy winner to her resume, after being nominated in the best-spoken word category for the audio version of Becoming.

Worlds Most Admired 2019. Our annual series, conducted this year in 41 countries, finds the most admired figures are:

This year the top 12 women were entertainers, either actress, singers of talk show hosts. But some like Angelina Jolie and Emma Watson were admired for their humanitarian work. The list of most admired men contains more people from business, political and sporting background.

Within the United States, President Donald Trump and First Lady Melania Trump came in 14 and 19th place. The Trumps and the Obama’s weren’t the only political figures this year. Three of the Democratic presidential contenders also made it onto ‘America’s Most Admired’ list, including Joe Biden in 6th, Bernie Sanders in 7th, and Elizabeth Warren in 13th. Condoleezza Rice and Hillary Clinton are the 7th and 8th most admired women in the country, followed by Former UN Ambassador Nikki Haley.

One thing I keep hearing from women across the country is how hard it is for us to put ourselves first. We're the first to care for our friends, families, coworkers, but we are last on our own list. The good news is we can make a change. I’ve seen it in my own life. And that starts with all of us as women searching within ourselves and our stories—and sharing what we’ve learned with one another. So I want to hear from you! What do you do to make yourself more of a priority?

With former President Barack Obama coming in second and Michelle coming in first, could it be Obamas are the world’s most admired couple? Unlike some other first ladies before Obama, she has been in the spotlight since leaving the White House.

The 55-year-old has appeared on talk shows and award ceremonies, and her bestselling autobiography “Becoming” has sold more than 10 million copies since it’s release in 2018.