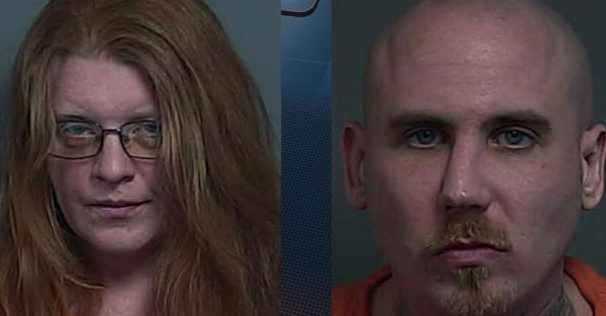 A Michigan man in the midst of suffering a home invasion turned the tables on his attackers and went full psycho killer (minus the actual murdering) on the burglars by wielding a chainsaw against the pair.

According to the Houghton County Sheriff’s Office, Darmofal pulled a knife on a man inside his home at around 4:00 a.m. Anderson was with him. In self-defense, the homeowner wielded a chainsaw and both Anderson and Darmofal ran off.

No one was hurt in the altercation, as evidenced by police apprehending both Anderson and Darmofal with all their limbs attached.

A couple of thoughts.

1. Man, nothing says “burglary gone wrong” like bringing a knife to a chainsaw fight. One minute you think you’re going to make off with a seventy dollars and an Evil Knieval figurine you think might be able to pawn and the next man there’s a chainsaw being revved in your face.

2. Even though a gun would obviously be the most effective weapon to defend oneself in this situation, and probably the weapon a would-be burglar should least want to face, the chainsaw has to be way scarier. People are kind of dumb. They see people survive gunshot wounds all the time in TV and movies. That possibility is still in play in their minds. But a chainsaw? No one really “survives” getting their arm cut off by a chainsaw. Yeah you’ll be alive after, but you’ll be missing an arm.

Or if you get decapitated, that’s a slowwwwwwwwwwww decapitation compared to, say, a guillotine or a William Wallace battlefield beheading. Nothing is good about a guy swinging a chainsaw at you.

This story was originally published April 14, 2020.