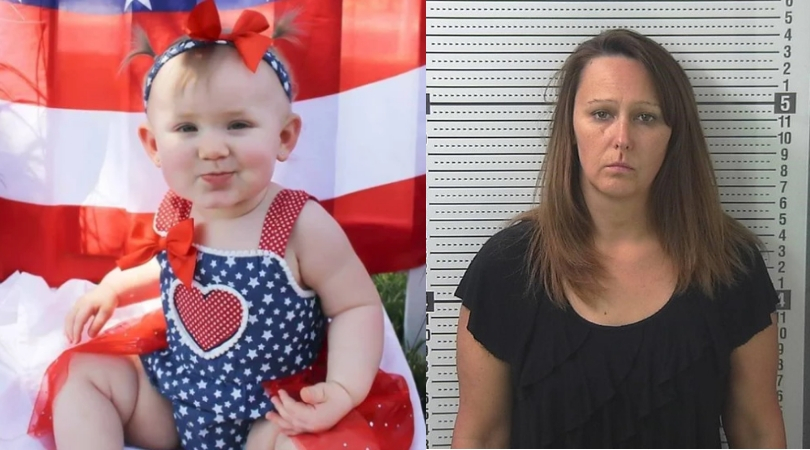 You know when you read a story that just manages to break your heart into a tiny million pieces and you’re left with that sad residue throughout the day? Well, this is that story.

A two-year-old girl tragically died after being left in a hot vehicle by her own babysitter. On September 17, authorities in Hobbs, New Mexico, received a 911 call around 1:30 in the afternoon from a woman saying she had accidentally left a toddler in her car for several hours. When authorities arrived at the scene, they found little Zariah Hasheme dead.

41-year-old Tammie Brooks told Hobbs Police Department she was babysitting the toddler and was supposed to drop her off at daycare in the morning. She allegedly forgot the baby in her car seat and went to her place of employment instead, leave the baby in the vehicle.

Brooks has been charged with abandonment or abuse of a child resulting in death, which is a first-degree felony. She was held at the Hobbs City Jail, released on unsecured bond. Authorities stated an autopsy on the toddler will be conducted by the Office of the Medical Investigator in Albuquerque, New Mexico to determine her exact cause of death.

To make things even more heartbreaking, Zariah’s parents, Demi Petrowski and Zachary Hasheme, stated their daughter was their own ‘miracle baby’ since the couple had tried to have a baby for several years. Petrowski previously had six miscarriages prior to having baby Zariah, who was an only child.

The parents are now hoping their daughter’s death will be a lesson to others. Petroski stated, “Always look at the backseat of the car, and if there is a child in there or you hear a child screaming, please just, you know, help. As for daycare centers, if you know a child is not there at their appointed time, please contact the parents or someone on the emergency list right away.”

Friends of the family have organized a GoFundMe page to help pay for the toddler’s funeral expenses. As for Brooks, she has not yet entered a plea and is expected to return to court next month.