.@MissAmericaTX is up next and she will be answering a question from @MrJessCagle. #MissAmerica pic.twitter.com/WbSBx3c5Ul

Miss Texas Margana Wood, representing a state that overwhelmingly voted for President Trump, tore into the commander-in-chief during Sunday night’s Miss America broadcast with an emphatic, 15-second takedown of his response to the white nationalist march last month in Charlottesville that resulted in the death of a counter-protester.

During the second round of questions, Wood drew a subject she is clearly passionate about. She was asked by judge Jess Cagle if, as Trump had said, there was “shared blame with ‘very fine people on both sides.’ Were there? Tell me yes or no, and explain.”

Wood had 20 seconds to answer but didn’t need that long. She looked at Cagle and provided this stern and unequivocal response:

I think that the white supremacist issue, it was very obvious that it was a terrorist attack, and I think that President Donald Trump should have made a statement earlier addressing the fact and making sure that all Americans feel safe in this country. That is the number one issue right now.

As soon as Wood uttered the words “terrorist attack,” her tone grew defiant, and the crowd began to cheer in support, growing louder louder as Wood continued with her forceful answer.

The 22-year-old University of Texas graduate didn’t become Miss America — Miss North Dakota did — but she shattered any notion that beauty pageant contestants are just smiling faces wearing swimsuits. She also stuck to her guns as an advocate for inclusion and respect of all people, a message she calls “You Belong.”

During her year-long speaking tour as Miss Texas, she sought “to teach lessons of inclusion and respect, while also educating audiences of the different kinds of bullying,” according to her bio. 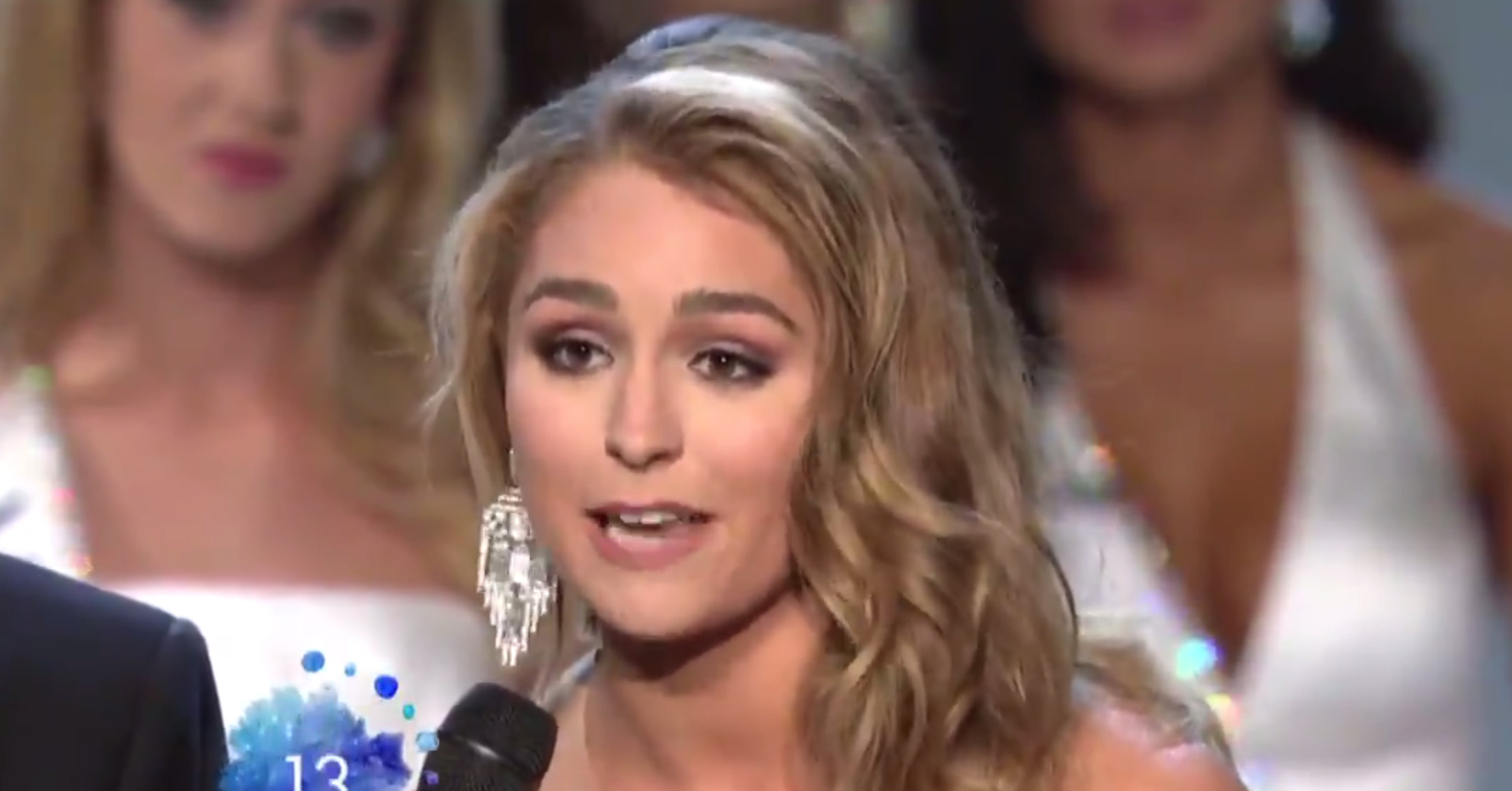