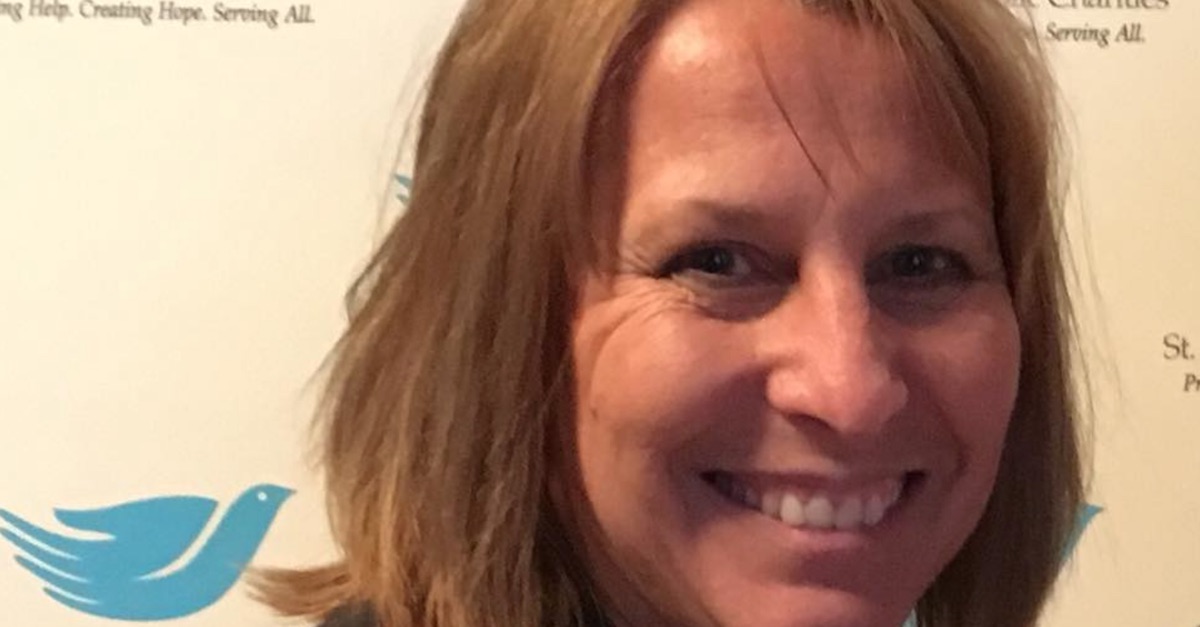 Cean Peevey of Indiana was last seen in New Albany, Ind., on Nov. 25, and one of the last things we know was that she was leaving to “clear her head.” The Jefferson County Sheriff’s Office has announced that Peevey’s white 2011 Honda Accord has been found abandoned at mile marker 88.5 on I-64.

Police say Peevey is 49 years old. The sheriff’s office said the following on Facebook, also including a number to call:

We are asking the public to help us find 49-year-old Cean Peevey of Indiana. She is listed as a missing person by her family. We located her vehicle unoccupied on I 64 westbound at milepost 88.5 in Jefferson County. If anyone sees her or has any information that may help us locate her please call the Jefferson County Sheriff’s office at 618-244-8004. Thank you.

While Peevey was not found with her vehicle, her purse and two bill bottles were. She has dark brown hair, is 5′ 5″ and weighs 140 lbs. A woman sharing the same last name as Peevey, who, from the comments under her post, seems to be the missing woman’s sister, posted a plea Sunday on Facebook for help.

“I need to find Cean. Please PM if you have seen or talked to her between Saturday, November 25th and today. Thank you!!” Tess Peevey said.

Editors Note: This post was originally posted on December 3, 2017 and updated on March 21, 2019, to reflect editorial corrections around unclear language regarding the diagnosis of Indiana Resident, Cean Peevey. The post unclearly implied that Peevy had symptoms of schizophrenia and had a diagnosis of depression and bipolar disorder.