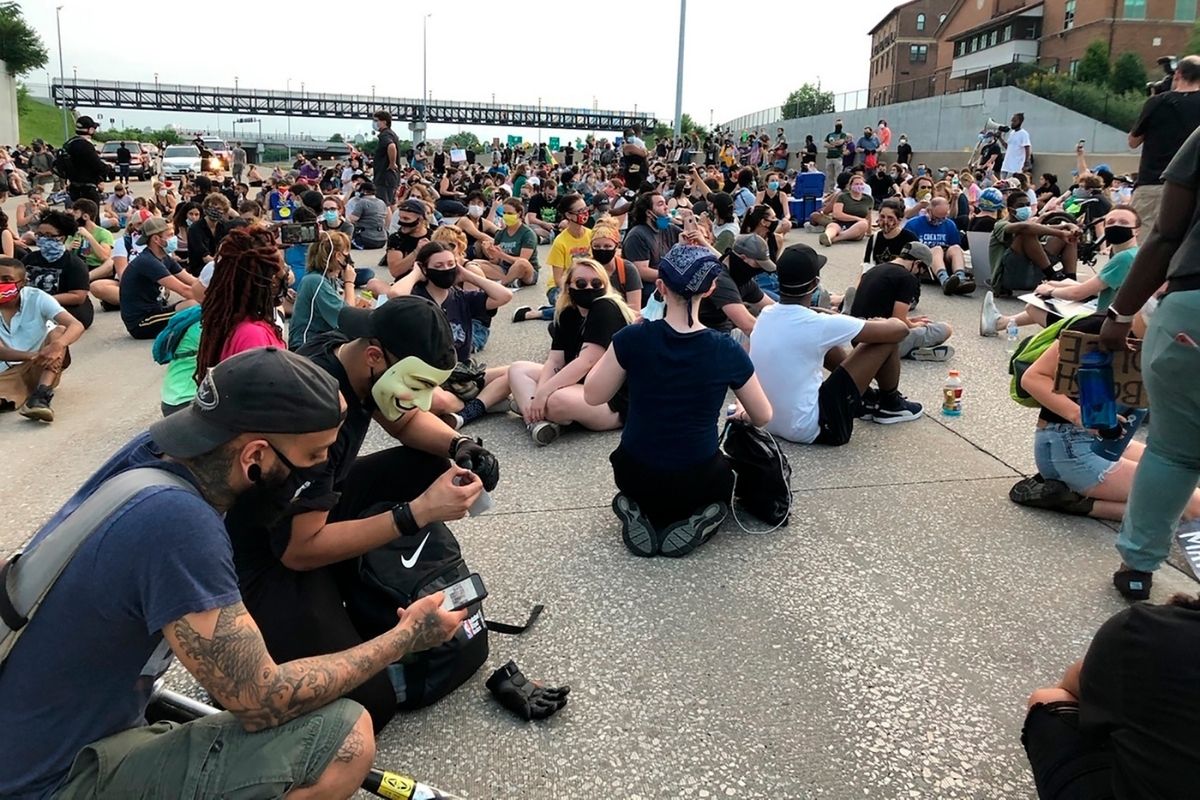 In Missouri, controversy has arisen as a new bill that would allow deadly force against protesters on private property and drivers to hit threatening demonstrators blocking traffic, was proposed. The bill, Senate Bill 66, intends to protect emergency response times, as protesters will also face a class E felony under it, and anyone charged with assaulting a law enforcement official or first responder will also not be eligible for bond, probation, or parole. The Missouri State Judiciary Committee has yet to even schedule a vote on the bill.

The bill sponsor, Republican Missouri Senator Rick Brattin from Harrisonville, explained during the Monday hearing, “To think that your right to protest enables you the right to stop traffic and literally stop people?s ability to move about freely in this nation is a gross misunderstanding of our constitutional rights,? and also clarifying that the driver can only hit the protester if the driver feels threatened by them, which includes being attacked, held hostage, or being forced out of the car. He added,

?This is if you have an imminent threat against your life. Somebody standing in the roadway keeping you from going down the street is not an imminent threat to your life. It will be like the stand your ground provision is going to be forwarded to someone in a vehicle to where you feel your life is in jeopardy and peril, and the well being of the people in your family and your car is in imminent danger, that gives you the ability to get out of that situation.?

Brattin explained how the bill protects emergency response times by illustrating a scenario, saying, ?I would say if you?re driving you?re driving your wife to the hospital who is having a massive heart attack in your front seat to the hospital, and people are obstructing the view, I would say it would error on the side of the law that you would have the right to do whatever you had to do to save your loved one’s life.”

However, Larry Flenoid, the organizer of a large Black Lives Matter protest in Springfield last summer, is concerned about how the bill will affect freedom of speech. When he had organized the protest, Flenoid explained that he was able to work with police officers and emergency responders in safely protesting, saying, ?We did coordinate with police and gave them a route we were going to march, and they blocked everything off. They kept all of the community members safe. There was no problems. Nobody tried to break through lines. It went off without a hitch.?

Flenoid advocates for working with law enforcement to ensure safer protests, and he believes that peaceful protest is possible with the correct communication. Nevertheless, he truly believes the bill will do more harm than good. He says,

?That?s what this is, it?s a blatant I don?t care. They?re trying to suppress our voices. Not only are you trying to suppress our rights, but you?re stripping our rights at the same time. People who have a reason to protest, our gay community, you know the black community, the poor community, everybody who feels like their rights are being taken away from them,? he said. ?This deters our way of having our voices heard, because now you?re trying to scare us by telling us you?re going to allow our own community members to run us down.?

Reverend Darryl Gray, a civil rights leader from Missouri, believes the bill will abuse non-violent protesters, but he also doesn’t believe that lawmakers are trying to purposely “shield drivers who willfully choose to run over protesters.” However, he still urges lawmakers to not expand the use of force to civilians, explaining how Brattin is possibly criminalizing, “the same methods that helped to destroy Jim Crow laws, segregation and destroyed centuries of hatred and bigotry,” and also bringing attention to how Martin Luther King Jr. was criticized for how he protested.