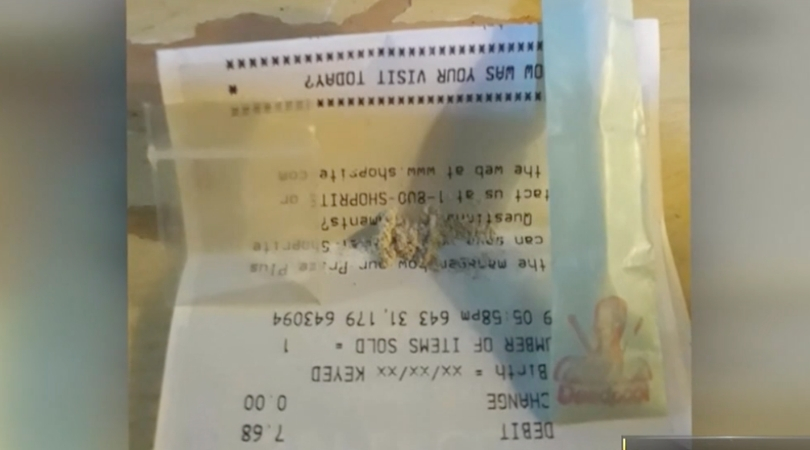 A common refrain online these days about the urban myths and paranoia surrounding people potentially sneaking drugs into kids’ Halloween candy is, “lol do u even know ppl who do drugs we don’t wanna give our drugs away lololol.” The thing about people who do drugs, though — whether it’s as innocuous as smoking weed or something harder like cocaine, heroin, pills, etc. — is that they’re a forgetful set. I speak from experience.

(That explanation also doesn’t account, at all, for people who are just psychopaths and get their kicks from kids having horrible trips.)

When her kids dumped out their candy, the woman spotted a small plastic bag with another blue paper inside holding a suspicious substance along with a stamp of the comic book character, “Deadpool.” https://t.co/rTRoOSol20

The mother, who wished to remain anonymous, found the baggie of heroin mixed inside a bag of Halloween candy that was given to one of her young sons at a Halloween party in Middle Township, New Jersey called “Trunk or Treat.” The mom noticed a baggie with the character Deadpool on it and realized that wasn’t like any candy she’d seen before.

The mom handed the baggie over to local authorities who confirmed that it was, indeed, some sweet, sweet H and not some off-brand Sweet Tart dust, Cape May County Prosecutor Jeffrey Sutherland confirmed.

The Cape May County Prosecutor’s Office then released a statement with a fantastic typo. It read, in part, “Parents and guardians should be vigilant while Trick or Treating with their children.”

So you heard it from the law enforcement themselves, parents in Cape May County. If someone gives your kids drugs take the law into your own hands. Curb stomp the drug peddlers. Light their homes on fire. Show up back at their house a few hours later dressed as a scary animal and beat them senseless. (Just don’t wear hockey pads.)