It looks like a mother forgot the most important part of her at an airport when traveling to a new country: her child. Yes, an airplane bound for Malaysia had to turn back to Saudi Arabia after a passenger realized she had left her own baby at the terminal. I swear you can’t make this stuff up.

Turns out, a pilot en route to Kuala Lumpur from Jeddah made the unusual request to return to the airport, shortly after takeoff when the mother realized she had forgotten her newborn in the boarding area, alerting the cabin crew.

The pilot immediately called air traffic control requesting an emergency landing. A video of the conversation is now going viral, revealing the unusual exchange between the pilot and operators, as he asks for permission to go back to King Abdulaziz airport. What does the pilot say? “May God be with us. Can we come back?” Which is truly terrifying and sad at the same time.

This automatically leaves the operator confounded, and can be heard talking to another person about the situation trying to figure out the proper protocol for such an incident is saying, “This flight is requesting to come back…a passenger forgot her baby in the waiting area, the poor thing.”

After a brief pause, the flight was given permission to return to the hub. It’s safe to say that it’s very rare for planes to turn around, or divert mid-air for anything other than passenger health reason or technical problems. So this, this is definitely a first that probably shouldn’t even be happening.

I mean, how does one forget their child at the airport? Your carry on luggage? Sure. The Starbucks that you overpaid for? Yeah, of course. But your baby? That baby came out of you, woman! Did you randomly forget that you had another human being with you? I really don’t understand how this is possible. Someone take that child away from her before she forgets him at a gas station and takes off. Ridiculous.

Editor’s note: This article was originally published on March 12, 2019.

Watch: Did You Know Bill Withers Made Airplane Toilets Before ‘Ain’t No Sunshine’? 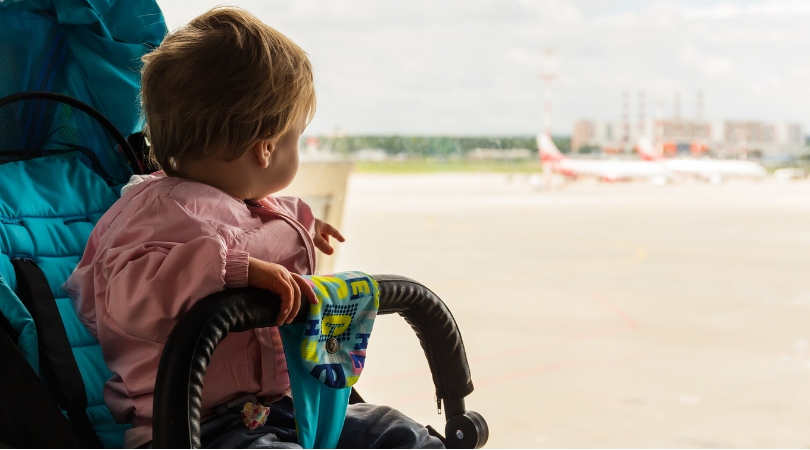