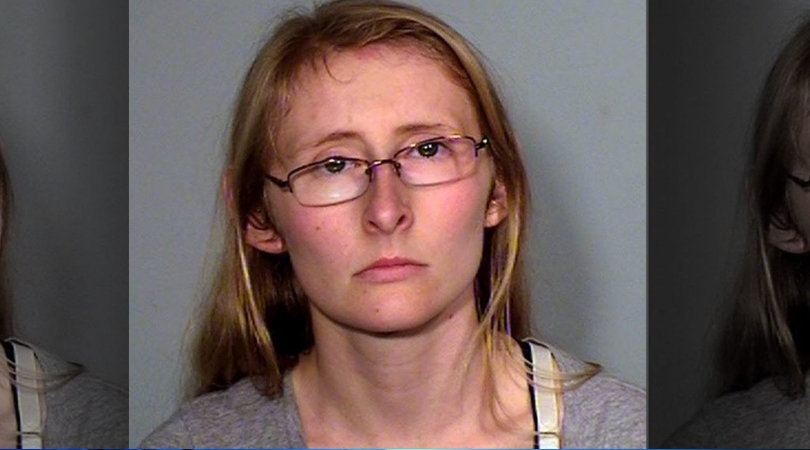 A Minnesota mother is facing charges after authorities accused her of giving her 9-month-old-son laxatives in order to inflict starvation. 25-year-old Megan Lee Kafer after was charged last week with one count of felony-level child endangerment that could result in substantial harm or death.

According to authorities, Kafer’s son was admitted to the hospital on July 11 for “failure to thrive”. Doctors immediately noticed the infant appeared emaciated despite doctors efforts to help him gain weight, suspecting that the mother was harming him.

On July 26, medical staff placed Kafer and her son in a hospital room with surveillance cameras. The mother, who was unaware she was being monitored, was seen using a syringe to inject something into the infants feeding tube. Authorities entered the room and took Kafer into custody, and recovered a syringe, as well as two packages of over the counter laxative Miralax, found in Kafer’s purse.

A medical report on the 9-month-old noted that his “poor weight gain” was likely due to his mother “denying him nutrition through a combination of disconnecting/diverting his feeds and administering water.” The boy suffered a seizure during his hospitalization which appeared to be caused by hyponatremia, which is caused by drinking to much water.

Kafer reportedly told authorities the syringe contained nothing but water in order to help her son gain weight. After testing the substance, medical staff found stated the liquid inside was indeed MiraLax. After an investigation on Kafer’s phone, authorities found internet searches included “MiraLax overdose,” “Can a doctor tell if you overdose on MiraLax,” “How to make a baby really sick,” “Mom gets 20 years to life for poisoning son with salt,” “Salt child death,” and “How to make a baby vomit.”

Due to the amount of intake of MiraLax, the infant underwent numerous surgeries and procedures but is currently recovering. Kafer’s parental rights were terminated. Kafer’s husband, Jacob Kafer, spoke with local outlets saying the family was “working hard” to be reunited, stating

“We are trying to get the family back together in a way that is safe and healthy for everyone. My wife was definitely not in a proper mental state, but to the extreme that they make it out to be and have laid out in the complaint, it’s not quite like that.”

The couple has two children are under full custody of their father. Honestly, some people are just not meant to be parents, especially if they are dumb enough to try and cheat medical experts and blame it on poor mental state. It’s infuriating to think of the poor boy, and his inability to fight back because of his age. Someone needs to check on the other child to make sure he’s okay.